The beginning of a new year often means starting over with a fresh perspective. And thankfully, the outlook for 2018 looks pretty good. That's because 76% of Americans think they'll be in a better place financially this year than in years past, according to a recent Fidelity study. In fact, 47% say they're already in a better financial situation than they've been in before. Why? Primarily, because they're currently saving more money than in the past, or are actually following a budget.

Of course, it's always nice to hear some positive public sentiment on the personal finance front -- especially since an estimated 85% of U.S. adults have been said to suffer from financial anxiety. The question, however, remains: Will Americans really end up doing better this year, or are they running on nothing but wishful thinking? 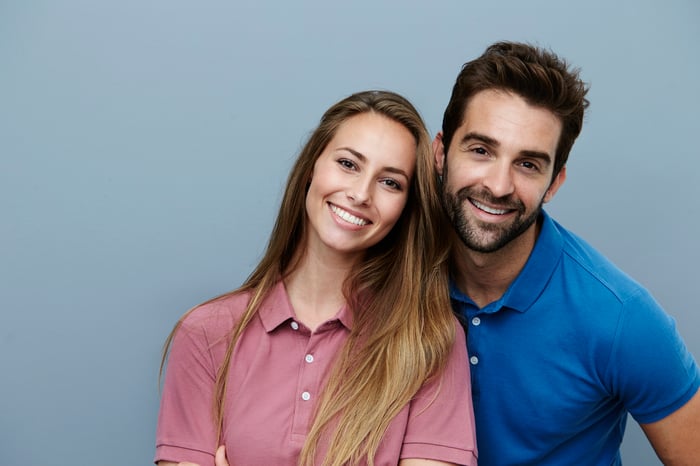 How most Americans are starting the new year

So here's where we left off as of late 2017. First, we learned that 57% of Americans had less than $1,000 in savings, while 39% had no money in the bank whatsoever. Next, we saw U.S. credit card debt reach an all-time high, with the average indebted household owing somewhere in the ballpark of $16,000. In other words, countless Americans are starting the new year with inadequate savings and way too much debt. You might therefore say that we're apt to do better on a whole, since we're starting with the bar set pretty low. Or, to spin it more positively, there's most certainly room for improvement.

Americans are resolving to do better

Thankfully, those who feel they'll be better off financially this year have concrete ideas to make that happen. Fidelity reports that:

Clearly, these are all lofty goals, but they're attainable, too. For example, right now, the majority of Americans don't follow a budget. But those who are willing to change their ways have a greater chance of meeting these objectives. The beauty of sticking to a budget is that it leads to increased financial awareness, which is crucial in hitting any sort of goal.

But let's talk more about the resolutions above. For one thing, it's encouraging to see such a large percentage of folks who are willing to work on their savings, because as we just learned, most adults have under $1,000. And that's nowhere close to the minimum three months' worth of living expenses every worker needs in the bank.

Then there's retirement, which nearly half of Americans have yet to start saving for. While those in their 20s and 30s have a reasonable opportunity to catch up, older workers had better get moving if they want a shot at a secure retirement. Thankfully, those aiming to build their nest eggs this year get a little extra leeway, since annual 401(k) contribution limits just increased to $18,500 for those under 50, and $24,500 for those 50 and over. Of course, 401(k)s aren't available to everyone, and unfortunately, IRA contribution limits continue to remain stagnant. But those under 50 saving in an IRA can still set aside $5,500 a year, while the 50-and-over set get the option to put away up to $6,500.

As far as debt goes, it's a no-brainer. Those with credit card balances should pay down what they owe in order of highest interest rate to lowest interest rate. The balance transfer route is another way to go for those who qualify.

Will most Americans come out ahead in 2018?

So to circle back to our earlier question: Will Americans actually end up doing better this year? Clearly, it depends on how well they adhere to the above goals, and the extent to which they're willing to live below their means. Tax reform might also help a bit by lowering most individual tax brackets, thus putting more cash in workers' pockets up front. Filers who claim the standard deduction will also get a nice break this year, as that number is almost doubling from its previous level.

Ultimately, the fate of Americans' finances this year is yet to be determined. But the fact that so many folks are focused on improving is definitely a good sign.