You're probably aware that all investments come at an opportunity cost. Buy one asset and you'll have less money on hand to put into another. But no matter what you do with your money, your goal should be to invest it in something that's likely to return the highest profits. That's why it pays to focus on productive assets.

Productive assets are those with the ability to generate profits and cash flow. Incidentally, they're also the ones you should aim to load up on. And that's not just my personal investment advice; it's something the legendary Warren Buffett has long advocated, and we all know how well things turned out for him.

What are productive assets?

So what makes an asset productive? Basically, it needs the ability to generate returns. The stock market is filled with productive assets -- stocks. Yes, stocks have the ability to rise in value over time, but more importantly, they can produce dividends that serve the key purpose of increasing your cash flow. Furthermore, remember that when you invest in an individual stock, you're giving the issuing company money to play with. It can then use that money to improve operations, expand, or do other such things that result in profits. 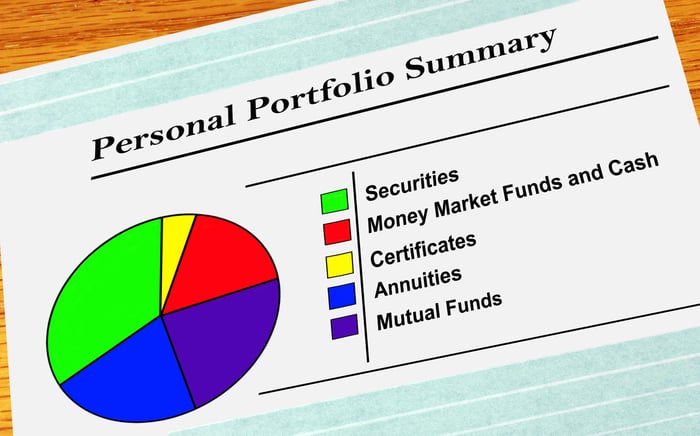 Warren Buffett has made his preference for productive assets clear on many occasions. Specifically, he prefers to own businesses outright, and when that's not possible, he gets a piece of the action by buying their stocks. And guess what: You, as an individual investor with much less knowledge and capital than Warren Buffett, can still do the same.

Farms are another great example of productive assets. When you buy a farm, you can cultivate that land and sell crops for years on end. Similarly, if you invest in a house, you have the potential to rent it out for years and generate income that way, and then sell it at a profit when you're done being a landlord.

Non-productive assets, by contrast, don't offer that same income-generating potential. A classic example of a non-productive asset? Gold. Now this isn't to say that you shouldn't invest in it, period, but think about it: When you buy gold, you do so with the hope that the value per ounce will increase over time. But that gold is never going to be anything more than just gold. It can't produce anything, whereas when you invest in a company, whether directly or by buying its stock, you're choosing something with the potential to generate income. In other words, you could buy a stock whose share price remains stagnant for as long as you hold it. But if you manage to collect sizable dividends along the way, you'll still come out a winner.

And that's why it pays to concentrate on productive assets to the greatest extent possible. Over time, you're more likely to do well with these types of assets, and that's crucial, because if there's one thing you can count on through the years, it's inflation. Invest in assets with long-term growth potential and you'll manage to keep pace with inflation or, better yet, beat it to the ground. And when you think about it, that's really the key to getting ahead.