If you're used to filing taxes, you're probably aware that they're due sometime around mid-April. Typically, tax returns must be submitted by April 15, but this year, you get a couple of days' worth of leeway. That's because April 15 falls on a Sunday, but since the following Monday is Emancipation Day -- a Washington, D.C., holiday -- filers get until April 17 to get their returns over to the IRS.

That said, you can submit your tax return as early as Jan. 29 this year, and it pays to aim for that deadline, or one shortly thereafter, even if it means putting in some extra effort in the coming weeks. Here's why. 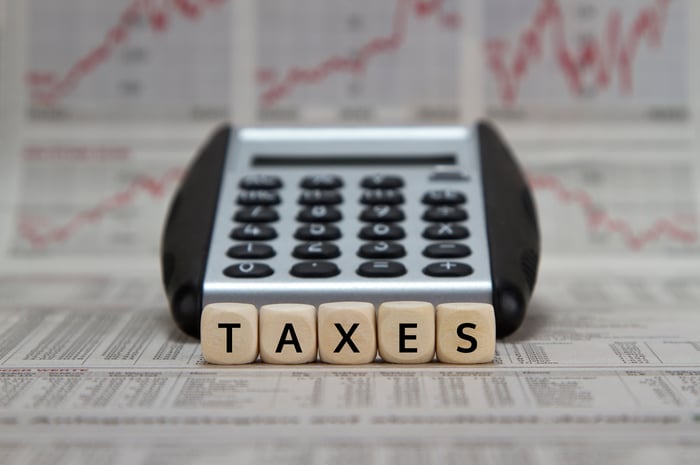 1. You'll get your money sooner

An estimated 80% of tax filers get a refund each year, and not a small one, either. In fact, last year, the typical refund was $2,763 -- not exactly pocket change. If you have outstanding bills to pay, a vacation you're looking to fund, or just a general desire to get your hands on the cash that's rightfully yours, then filing early is the best way to do just that.

2. You'll give yourself more time to address an underpayment

Though most tax filers wind up with a refund each year, you may land in that rare but notable category of workers who end up owing money on their taxes. And if that's the case, you may be in trouble, especially if your underpayment is sizable and your savings are nonexistent. On the other hand, if you give yourself two and a half months to come up with a plan for paying your tax debt, as opposed to waiting until the last minute, you stand a better chance of avoiding the penalties that come with paying the IRS late.

Consider this: An estimated 39% of Americans have absolutely no money in the bank. If you're one of them and realize in early April that you owe the IRS $1,000 by virtue of having underpaid your 2017 taxes, you'll have limited resources at your disposal for coming up with that lump sum. But if you prepare your return in late January and make that discovery sooner, you'll have the opportunity to, say, take on a second job temporarily to drum up that cash.

3. You can avoid tax fraud

Tax fraud is a major problem for filers of all ages, but believe it or not, filing your return early might actually help you avoid falling victim. What will typically happen is that a criminal will access your information, file a return in your name, and attempt to snatch your refund in the process. But if you file your return early enough, that'll be a harder feat for someone to pull off.

See, the IRS has software that's designed to flag duplicate returns, and so if it has one on file for you and someone else then submits a second one, it's the fraudulent return that'll get rejected. On the other hand, if a criminal beats you to the punch, it'll be on you to get things sorted out, which could not only delay your refund but also constitute a major headache.

4. You want to lower your stress level

Let's face it: The tax-filing process can be stressful to say the least, especially if your return is complicated and requires a lot of legwork (such as needing to calculate deductions or follow up on missing documentation). One final benefit of getting your return in early is having one less thing to worry about between now and mid-April. Once that return is out of your hands, you'll be able to move forward and focus your efforts and mental energy elsewhere.

Though there are plenty of good reasons to file your taxes early this year, here's one good reason not to: You're missing key information that could compromise the accuracy of your return. While it's helpful to get your taxes in ahead of schedule, if you don't have the data needed to be precise, you're better off waiting. Otherwise, you'll increase your chances of getting audited, and that's a whole other potential nightmare to contend with.