This has been a run for the ages. Since the darkest days of the Great Recession, the Nasdaq Composite has sextupled, including dividends. That's 23% per year; the historical average is 9.2%.

The optimism of today is a 180-degree turn from where we were nine years ago. Fringe investors who put their money behind odd cryptocurrencies are millionaires; tax cuts are promising to return billions to shareholders; and just last week, 60% of investors polled were bullish on the market. The long-term average is just 38.5%.

Now would be a good time to remind investors of Warren Buffett's maxim:

The emphasis at the end is my own, as it seems increasingly clear that we're "feeling greedy." Which leaves us with one question: how should investors prepare if they feel that a market swoon is imminent? 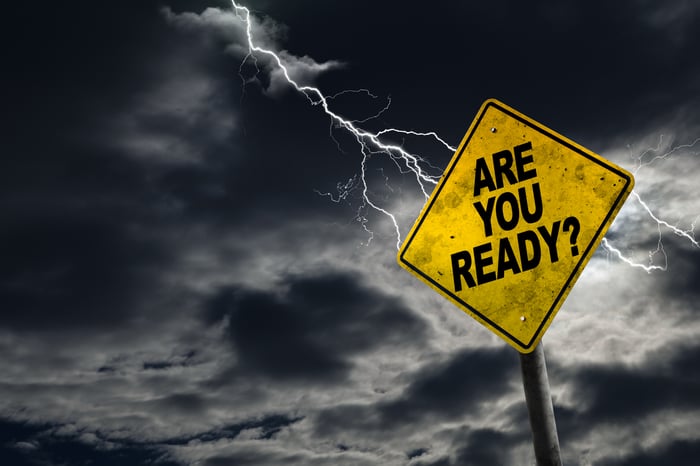 That might seem like an overly simplistic answer. But when you have a problem as complex as the intersection of your finances and the stock market, simple approaches are usually the most effective.

Above all else, ask yourself: "Am I investing Foolishly?"

What I'm suggesting here is asking if you are investing using the maxims that many of us here at The Motley Fool believe are the key to long-term investing success. For the purposes of this article, that means:

If you aren't already following these two dictums, then it doesn't matter if we're at a market top or bottom -- you probably need to make some changes.

For myself, my top five holdings have grown in the bull market to account for over 60% of my stock portfolio. I generally feel comfortable with overweight positions since I can keep tabs on a full-time basis, but even that is too high for me; I'm adjusting accordingly.

If we make market decisions based on what we think is just around the corner, it sets us in a very dangerous behavior trap: trying to time the market. The graveyard of frustrated investors is full of those who have tried to do this.

Remember the European debt crisis? How about when America's credit-rating was downgraded? Or maybe Brexit? Or the election of Donald Trump?

I know -- either anecdotally or personally -- several people who decided to sell virtually all of their holdings because of the aforementioned events. The results have been tragic.

If you decide to go "all-out" on stocks right now -- or at any point in time -- there is a real danger to being wrong: stocks could just continue going up. See what just happened there? If you sell everything in fear, the risk of being wrong isn't stocks going down, it's that stocks will continue going up -- which they always have over the long-run. 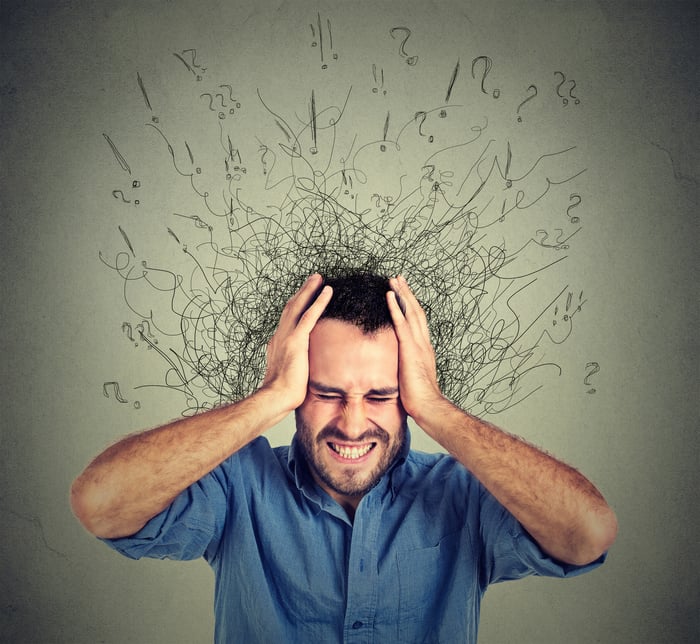 You will be left waiting for the imminent fall, paying commissions and taxes and watching inflation slowly erode what you have along the way.

More importantly, you will have started engaging in a pattern of jumping in and out of stocks based on emotion alone -- a losing proposition if ever there was one.

Limit your downside, while leaving options for upside

Former Fool Morgan Housel is one of the most brilliant finance writers I know. Back in August 2013, Morgan wrote an article on how he planned to approach the cash portion of his investment portfolio. Basically, he would sit on the cash and waiting for market downturns. His plan looked like this, assuming that he had $1,000 in cash waiting to be deployed.

There are two big takeaways from what Morgan wrote.

First, since he published this article, the Nasdaq Composite has gone up 113%, inclusive of dividends. It would take a market crash of 53% -- the type that happens twice per century -- in order for Morgan to buy stocks at the same level they were at in 2013.

But Morgan didn't say he was selling all of his stocks because of valuation. He just set up some rules for the money he keeps on the side. Which brings me to the second point: Anyone who has followed these rules likely has a nice cash cushion set up to take advantage of a market swoon.

That's what we call tending to both sides of the equation. By not selling stocks from your well-diversified portfolio, you're making room for the possibility that you're wrong and stocks keep going up. But by building up a cash position once you start feeling uneasy about valuations, you not only tend to your emotional needs, but you give yourself optionality in the face of a market downturn.

Because of the market's stunning performance -- and some unexpected expenses on the horizon -- I've found that trimming the positions that have become far too large in my own portfolio will give me that cash cushion.

If you feel like continuing to buy stocks hand over fist, history proves that it will probably turn out fine in the long-run. But if the market's highs have you feeling dizzy, pause before hitting the "sell" button. Continue to build up that cash position and take a few deep breaths.