By now, the deliberation should be over: There's enough scientific and anecdotal evidence to prove that -- once basic material needs are met -- accumulating more money alone will not buy you happiness.

But the interaction between money and happiness doesn't stop once those basic needs are taken care of. From the early retiree to the single-mom working three jobs to support her family, we will all make decisions about money that affect our own well-being until the day we die. 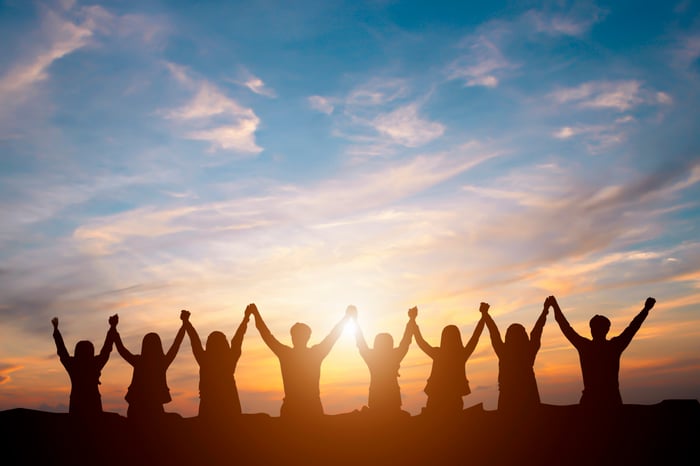 Knowing that, I consulted best-selling author Dan Buettner's The Blue Zones of Happiness to see what the world's happiest people could teach us about money.

Buettner's garnered high praise with his 2005 book on the original "Blue Zones" -- areas of the world where people tended to live longer. This next book continued the thread, but with a focus on happiness over longevity. It focuses on Denmark, Singapore, and Costa Rica as exemplars of happiness (and in one case, I can personally attest that designation to be true).

Boiled down to three simple, yet powerful, principles, here's what we know.

1. Treat high-interest debt like a disease, and protect your downside

Money might not buy happiness, but lack of it can almost guarantee misery. That's why making sure your basic needs are met is so important. It's also why protecting your downside -- i.e., minimizing the potential losses you could suffer from unpredictable tragedies -- is so important. As Buettner writes:

"Peace of mind is the most important goal as you redesign your finances. While most insurance policies are not great financial investments, they can provide that."

But catastrophes aren't the only downside risk we face. You need to guard yourself against another, equally insidious threat to your finances: high-interest debt, especially from credit cards.

It's no secret that America is a rampantly consumerist country. The large purchases we make for status or on impulse make us feel good in the moment, but can wreak havoc from that point forward -- not only on our finances, but our household relationships, too. Notes Buettner:

"We register a loss twice as intensely as a gain, so when the big bills hit, it can be a significant blow to our psyche. In fact, financial worry can be the most detrimental type of stress to our happiness."

In Denmark, over-ambition is frowned upon, and showy status symbols are shunned. In Costa Rica, people live modest lives, and rarely overspend.

2. Optimize everything for social relationships

This is a truly paradigm shifting concept. Whether we admit it or not, if most Americans were forced to write down a mission statement based on how they spend their time, it would reflect that our lives are optimized for our careers. There's nothing inherently wrong with that -- as long as we realize that's what we're doing, and our chosen profession offers us the things we as human beings need to thrive.

One of the most robust findings Buettner detailed was the importance of active socialization, and how little of it we get in our country.

"Having a strong social network and a family support system are two of the most important traits of the world's happiest peoples...People are happiest on days when they socialize for at least six hours. Despite that, studies by the U.S. Department of Labor show that Americans socialize an average of only 41 minutes a day."

What can we do about this? There are really two approaches:

First, just because you are at work doesn't mean you can't socialize. Many Costa Ricans socialize throughout their work day with some of their best friends. They have traded the goals of fancy houses and what we would consider high-status pursuits in return for guaranteed socialization. 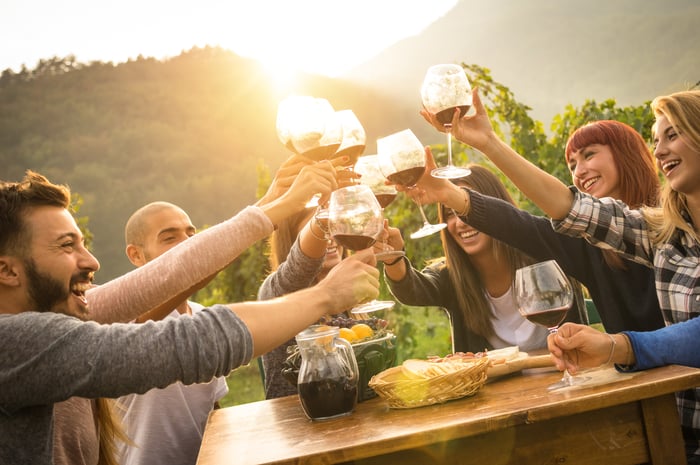 When you're choosing a workplace, consider the layout of the office, if it encourages interaction, and whether or not your could see yourself sharing time with colleagues in an out-of-work setting. It may seem trite, but those can be powerful factors in determining your general level of happiness.

The other option is to minimize the amount of time you must work by cutting expenses, raising your savings rate, and investing prudently. As former Fool Morgan Housel once wrote, "Having control over your time is the only sensible financial goal."

3. Buy experiences -- including your house!

Another well-documented phenomenon is that people who spend money on experiences -- say, a vacation with friends -- end up with more lasting happiness from the expense than those who spend on "things" like a new TV.

But often times, we are too narrow in our definition of "experiences." Though Buettner doesn't draw this connection explicitly, a good chunk of the book is devoted to how to make your home an experience.

Quoting from researcher Elizabeth Dunn of the University of British Columbia, he writes:

"Bigger is not necessarily better when it comes to housing and happiness. ... What really matters is whether you live in a place where you naturally bump into your neighbors often and have friendly social connections."

If you are willing to sacrifice some space to live in a more expensive community, the benefits can be lasting. The website Walkscore.com is a great way to see how walkable a community is before moving there. In general, it's best to shoot for locations with a walkscore of at least 70.

And as I've personally found, there can be huge financial savings -- in terms of reduced transportation costs -- if you live in such communities.

Are all of these lessons going to be immediately applicable in your own life? Probably not.

But this is just as much about a mindset to approaching the intersection of money and happiness as it is about making concrete steps. If you can prioritize protecting your financial downside, optimizing your life for social relationships, and focusing experiences over things -- especially when it comes to choosing a home -- you'll be setting yourself up for a much more enjoyable interaction between your money and your satisfaction.