Do you know much about Social Security? You might assume so, but you probably know less than you think. That's the case for most Americans, as has been demonstrated when they're presented with a pop quiz on the topic.

Take a Social Security pop quiz yourself! See if you know the answers and see how you compare with your fellow Americans. 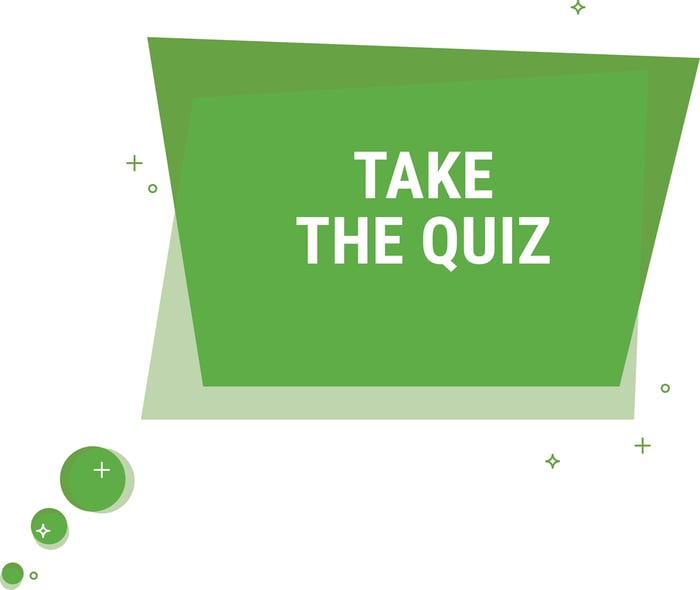 The folks at insurance company MassMutual put together a short quiz on Social Security and reported on how quiz-takers fared back in 2015: Only 28% of the quiz-takers passed!

The quiz is still available on their website, so you can challenge yourself and see what percentage of others got each question right. Below are a few of the questions:

1. Under current Social Security law, the full retirement age is 65. True or false? (Only 29% answer this correctly.)

2. Since my Social Security retirement benefit is based on my earnings record, my monthly benefit amount will be the same no matter when I start collecting it. True or false? (Only 57% answer this correctly.)

3. If my spouse dies, I will continue to receive both my own benefit and my deceased spouse's benefit. True or false? (Only 53% answer this correctly.)

4. I can continue working while collecting my full Social Security retirement benefits -- regardless of my age. True or false? (Only 45% answer this correctly.)

1. False: The full retirement age used to be 65, but in order to strengthen the Social Security system, the age was increased. For those born in 1937 or earlier, it's 65, for those born in 1960 or later, it's 67, and for those born between 1937 and 1960, it's somewhere in between. It's worth understanding exactly what your full retirement age is: It's the age at which you can start collecting what the Social Security Administration has calculated to be your full benefits.

2. False: Your benefit amount is not the same no matter when you start collecting it. While it's good that a majority of respondents got that right, it's alarming that 43% got it wrong -- because misunderstanding the effects of late or early retirement can result in your collecting much less from the program than you could. No matter what your full retirement age is, you actually can start receiving benefits as early as age 62 and as late as age 70. For every year beyond your full retirement age that you delay starting to receive benefits, you'll increase their value by about 8% -- until age 70. So delaying from age 67 to 70 can leave you with checks about 24% fatter. Retire early and your benefits may be up to about 30% smaller. Note, though, that the system is designed so that total benefits received are about the same no matter when you start collecting, for those with average life spans. Checks that you start receiving at age 62 will be considerably smaller, but you'll get many more of them. Thus, it's not necessarily dumb to start collecting early, and the age at which most retirees start collecting is 62. There are other ways to increase your Social Security benefits, too, such as working longer, earning more, and coordinating strategies with your spouse.

3. False: If your spouse dies, you will not collect both your benefits and his or hers. The fact that about half of respondents got this wrong is very troubling, as it suggests that millions of people are assuming they'll be getting much more in benefits as a widow or widower than they will. In actuality, if your spouse dies, you don't get both monthly benefit checks, but you do get to collect the larger one. So if you were receiving $1,500 per month and your late spouse was receiving $2,000, you'll be left collecting just the $2,000.

4. False: You can't continue working at any age while collecting your full Social Security benefits. The Social Security Administration explains: "If you're younger than full retirement age during all of 2018, we must deduct $1 from your benefits for each $2 you earn above $17,040." The money withheld isn't lost, though. It's factored into the benefit checks you receive later, which end up increased.