Though several key deductions were given the ax this year as the result of tax reform, there are plenty of lucrative deductions that remain available to filers. For example, the mortgage interest deduction is still alive and well, which means if you get a home loan this year, you can deduct your interest in full provided your mortgage doesn't exceed $750,000. Furthermore, though the state and local tax (SALT) deduction is no longer unlimited, as it was in years past, it still gives filers up to $10,000 to claim.

But if there's one really valuable tax deduction out there that it pays to capitalize on, it's the potentially enormous break you'll get by maxing out a 401(k). Now before we go any further, you should know that the 401(k) deduction isn't actually a deduction in the classic sense of the word -- but the end results are virtually the same. And given that an estimated 79% of workers have access to an employer-sponsored plan, that's a great chance for countless filers to lower their taxes. 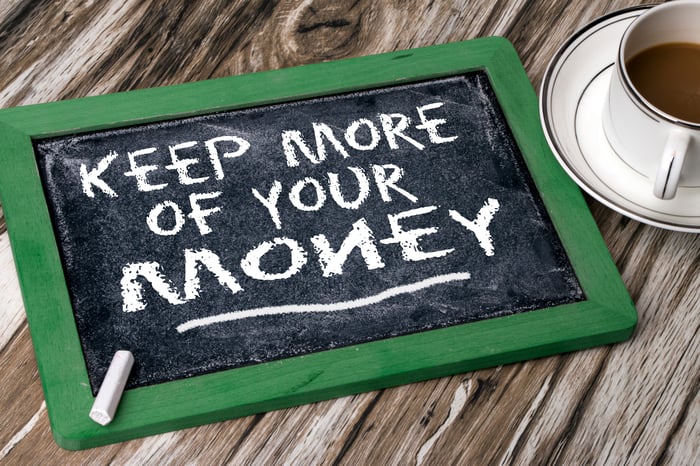 Unfortunately, a large chunk of Americans are instead letting themselves miss out. Only 32% of workers are saving in a 401(k), according to Census Bureau data, despite the fact that the majority of U.S. employees work for companies that sponsor one.

If you're not funding your 401(k) this year, you're losing out on an enormous tax-saving opportunity. And that means the IRS will end up getting more of your money.

To realize what you're giving up by not maxing out a 401(k), you'll need to understand how tax deductions work. Deductions serve the important function of exempting portions of your income from taxes. Now they're not quite as good a deal as tax credits, which serve as a dollar-for-dollar reduction of your tax liability, but they can still save you a chunk of money nonetheless.

Here's a basic example of how a tax deduction might play out on your return. Say you wind up with a $1,000 deduction, and your effective tax rate is 25%. This means you'll automatically shave $250 off your tax bill. Pretty sweet, right?

So now let's see what some of the aforementioned deductions might do for your return. The average mortgage interest deduction in Loudon, Virginia -- the county with the highest average in the country, according to the Tax Foundation -- is $6,365. If we apply an effective tax rate of 25%, the result is $1,591 in tax savings.

Moving on to the SALT deduction, let's assume you're eligible for the full $10,000. With the same effective tax rate as earlier, you'll shave $2,500 off your tax bill.

But now let's look at the maximum 401(k) contribution, and what it'll do for your taxes. Effective this year, workers under 50 can contribute up to $18,500 annually to a 401(k), while those 50 and older get a $6,000 catch-up that raises this limit to $24,500. Assuming you fall into the former category and we use the same effective tax rate as above, you'd be looking at a $4,625 deduction by maxing out your 401(k). That's more than the two aforementioned deductions combined.

But that's not the only tax break you'll get with a 401(k). Because your investments in that account get to grow on a tax-deferred basis, you'll have an opportunity to reinvest your gains year after year rather than pay taxes on them along the way. This means that by the time you reach retirement, you could potentially be a millionaire many times over. The following table shows how that might come to be:

Keep in mind that these calculations assume two things -- first, that you'll earn an average annual 7% return on your investments, which is more than doable with a stock-heavy portfolio, and secondly, that the annual 401(k) contribution limits remain steady over time. Since there's a good chance we'll see those limits rise in the future, it means you have an even greater opportunity to accumulate wealth.

But even though the numbers above should convince you to max out your 401(k), the fact of the matter is that not everyone is in a position to part with $18,500 or $24,500 in a single year. If that sounds like you, then contribute as much as you can, knowing that the more you do, the greater a tax break you'll get up front, and the greater a sum you stand to retire with in the future.

The beauty of the 401(k) is that unlike the mortgage interest or SALT deductions, you don't actually have to itemize on your return to claim your associated tax benefits. In fact, you don't have to do any sort of math on your tax return, because your 401(k) is funded with pre-tax dollars to begin with. This means that you get the best of both worlds -- a sweet tax break without the hassle.