The amount that's paid in Social Security every month might surprise you.

There's a good chance you're going to collect less in Social Security than you think. In a Nationwide survey last year, nearly one out of every four retirees say they're getting a smaller Social Security check than they were banking on. While everyone's Social Security payment is different, knowing what average retirees are collecting in benefits can help you avoid making the same mistake.

Overestimating how much you'll collect in Social Security income is common because, according to Nationwide, less than 10% of American adults know how Social Security calculates their monthly benefits. 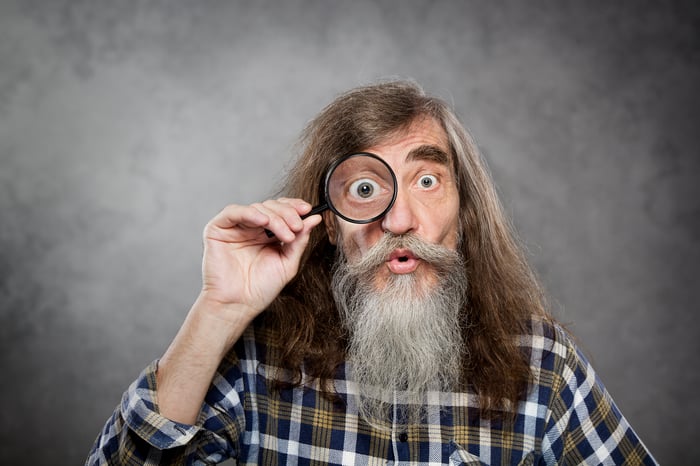 Although Social Security is designed to replace 40% of the average retiree's pre-retirement income, the way Social Security calculates benefits actually leaves many retirees receiving much more or less than that.

Social Security determines how much money you collect by adjusting your highest 35 years of income into current dollars to determine your average monthly pay. Then it calculates your primary insurance amount, or your retirement benefit at full retirement age, by applying multipliers that only give you credit for a specific proportion of your average monthly income at different thresholds.

For example, anyone retiring in 2018 will get credit for only 90% of their income up to $895 per month, 32% of income between $895 to $5,397, and 15% of income over $5,397. That means a person with a high average monthly income will wind up replacing a much smaller proportion of their income than someone with a low monthly income. Is it really any wonder why so many people misjudge how big their Social Security check will be?

How much the average retiree gets in Social Security now

The average retiree is collecting $1,404 per month in 2018, but the actual amount collected in retirement depends on your work history and when you decide to begin receiving benefits.

You only qualify for 100% of your Social Security benefit at your full retirement age, which varies depending on your birth year. This year, full retirement age is 66 years and four months; however, it will increase by two months per year until it reaches age 67 for people born in or after 1960.

For example, you can claim benefits as young as age 62, but since Social Security reduces your benefit by a fixed percentage for every month you claim early, a person with a full retirement age of 67 will only receive 70% of the benefit he or she would get otherwise at age 67.

The following table offers additional insight by showing how much average retiree collects at different ages: What else should I know

Waiting until age 70 to claim Social Security results in the biggest Social Security check, but that doesn't necessarily mean holding off is the right decision or that you'll even be able to wait as long as you might like. According to Nationwide, most people end up retiring at age 62, regardless of their plans.

Retiring sooner than planned because of deteriorating health or job loss could be financially disastrous if you don't plan ahead for that risk. Therefore, make sure you plan your retirement savings based on the smallest benefit amount you can receive in retirement. If you do that, you might end up having the best shot at financial security in your golden years.