When it comes to investing and saving for the future, women seem to have a leg up over their male counterparts. Although they typically earn less money, they somehow manage to save at higher rates -- specifically, 73% of women participate in an employer-sponsored retirement plan, compared to just 66% of men. Additionally, not only do women tend to have more balanced portfolios than men, but they're also more likely to research investments thoroughly and ask questions to avoid financial mistakes.

But despite these solid habits, women are surprisingly insecure about the future. In fact, only 10% of women are very confident in their ability to retire fully and live a comfortable lifestyle, according to Transamerica Center for Retirement Studies data. And that's troublesome, especially given the fact that women have longer life expectancies than men and are thus, generally speaking, looking at more years to support themselves financially. 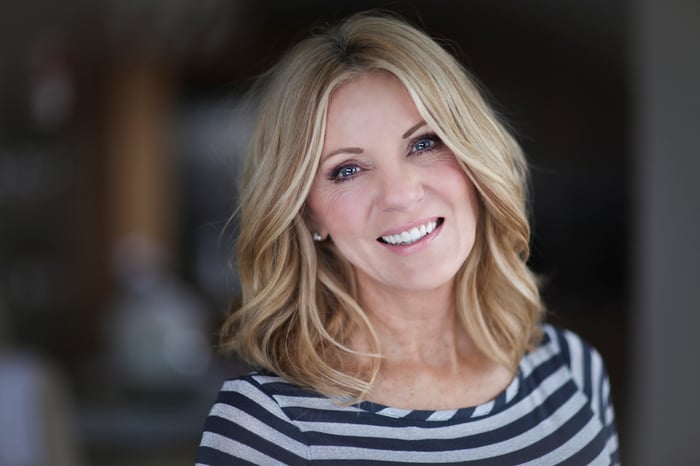 If you're a female worker who's concerned about the future, fear not: There are steps you can take to boost your savings, accumulate wealth, and secure the comfortable retirement lifestyle you deserve.

1. Max out your retirement plan contributions -- or get as close as you possibly can

The fact that women tend to outlive their male counterparts can be both a blessing and a curse from a retirement standpoint. That's because someone -- namely, you -- will need to pay for those extra years of living expenses. That's why it's critical to do a good job of saving while you're still working, which means maxing out your retirement plan contributions, or getting as close to that target as is feasible.

Now let's suppose that you're 40 and are fortunate enough to have a 401(k). Let's also say that you're aiming to retire at 67, which is considered full retirement age for Social Security purposes for workers born in 1960 or later. Assuming you have no money saved to date, here's what you might be looking at come age 67, depending on the amount you're able to set aside each month:

As you can see, even the worst-case scenario among the above calculations leaves you with more than $500,000, which means that if you're willing to prioritize your retirement savings above other things, like immediate luxuries, you stand to come away with enough wealth to leave the workforce when you please.

As mentioned above, women tend to be smart investors. But part of being a smart investor is taking on a healthy amount of risk. If you're at least seven years away from retirement, this means loading up on stocks, which have historically delivered a much higher return than safer investments, like bonds. In fact, you need stocks if you want to get anywhere close to the average yearly 8% return we talked about above. Furthermore, if you were to stick to a relatively conservative investment strategy, and score just a 4% average annual return instead, here's how the above numbers would read:

You can't help but notice the stark difference in those ending balances, so if you've been playing it safe with your savings thus far, consider this your wakeup call to get more aggressive or risk running out of money later in life.

Many people worry that if they postpone retirement for a number of years, they'll lose out on a key opportunity to enjoy their golden years before they pass. But since women have a tendency to live longer, they can generally afford to put in an extra couple of years on the job. And doing so serves several key purposes. First, it allows you to save more, but just as importantly, it helps you avoid dipping into your nest egg sooner, thus stretching the savings you already have.

Working longer can also help you get more money out of Social Security, assuming that doing so allows you to hold off on taking benefits. That's because for each year you delay benefits past full retirement age, you'll boost your payments by 8%. And that increase will then remain in effect for the rest of your life.

Though it's natural to worry about retirement, it's time to stop nursing that insecurity and instead take steps to change your fate. If you save consistently, invest wisely, and make smart career decisions, you'll be in a better position to retire with enough cash to live the way you want to.