Please ensure Javascript is enabled for purposes of website accessibility
Log In Help Join The Motley Fool
Free Article Join Over 1 Million Premium Members And Get More In-Depth Stock Guidance and Research
By Maurie Backman - Feb 26, 2018 at 7:18AM

Waiting until full retirement age to claim benefits is a smart move for some seniors. Here's how to know whether it's the right decision for you.

Though your Social Security benefits are determined based on what you earned during your career, the age at which you first claim them can affect your ultimate payout. In fact, eligible recipients actually get an eight-year window to file for benefits that begins at age 62 and ends at age 70. (Technically, you don't have to enroll at 70, but there's no financial incentive not to.) Smack in the middle of that window is what's known as your full retirement age, or FRA, which is the age at which you're entitled to your full monthly benefit payments without a reduction.

There's just one problem: Most Americans don't know their full retirement age. If you're one of them, here's a quick breakdown:

Of course, you're not required to file for Social Security at full retirement age, so you may be wondering if that's the ideal time for you to start collecting those benefits. And the answer is: It depends. 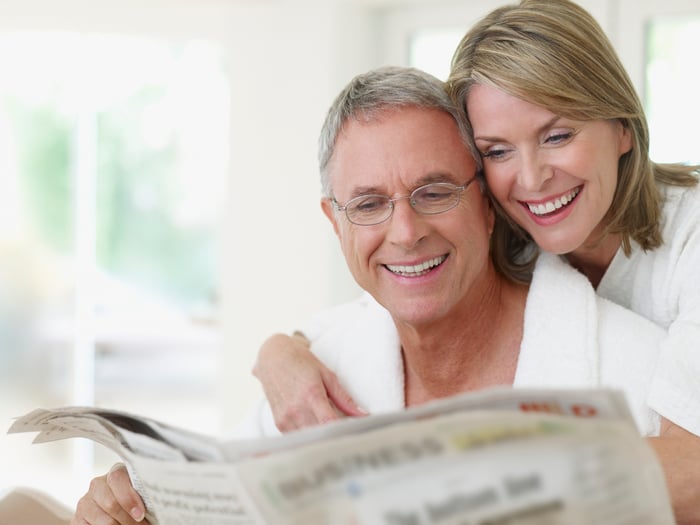 Reasons to file for benefits at full retirement age

If you didn't save much for retirement during your working years and will come to rely on Social Security to provide the bulk of your senior income, then it absolutely pays to wait until your FRA to file. Though you can claim benefits up to five years prior, doing so will reduce them by roughly 6.67% for the first three years you file early, and 5% per year thereafter. That means that if you're looking at an FRA of 67, filing at 62 will slash your payments by 30%. And if you don't have a healthy level of savings, that's not a cut you can afford to take.

Another reason to file for benefits at your FRA is that Americans are living longer these days. One in four seniors will live past age 90, while one in 10 will live past 95. So even if you've saved nicely, you could wind up with a longer retirement on your hands than expected, and if that's the case, you don't want to lose out on Social Security income by filing ahead of schedule.

Of course, one might make the argument that it's better to hold off on benefits past your FRA, because for each year you do, you'll boost your payments by 8% up until you hit 70. And while there's nothing wrong with this approach, it does mean losing out on that Social Security income when you're a bit younger, and are apt to have just a bit more energy to enjoy it. If your savings are virtually non-existent, then it generally pays to eke out as much income from Social Security as possible. But if you have some savings, then you might do just fine filing at your FRA, collecting your monthly benefits in full, and getting access to that money with enough time to make the most of it.

Reasons not to file for benefits at full retirement age

On the other hand, there are some scenarios in which it doesn't pay to claim Social Security at 66, 67, or somewhere in between. One such example is if your health is poor and you don't expect to live a very long life. That's because Social Security is designed to provide roughly the same lifetime payout regardless of when you first file, assuming you live an average life expectancy. The logic is that if you file early and reduce your payments, you'll compensate by collecting a larger number of payments in your lifetime. And on the flip side, if you wait until your FRA and receive fewer payments, you'll compensate by collecting more money each month.

Generally speaking, however, it pays to claim benefits as early as possible when your life expectancy doesn't look great. Usually, you'll come out ahead financially by getting at that money well before your FRA.

Another reason not to file for Social Security at your FRA boils down to not actually needing the money, but rather, wanting the money sooner to enjoy retirement to the fullest. Notice how we touched on this point above, only in that scenario, we assumed your savings were OK but not great. When you're dealing with a modest nest egg, filing for benefits at your FRA is a reasonable middle ground. But if you have more than enough savings to cover your basic living costs in retirement, then you might choose to claim benefits ahead of your FRA and use them to travel or pursue hobbies when you're in your early 60s, as opposed to waiting until 66 or later.

Ultimately, the decision to file for benefits at any age boils down to your needs and personal circumstances. That's why it pays to read up on Social Security before retirement draws near. The more you know about how the program works, the better equipped you'll be to make the most of it.