Social Security provides critical benefits to millions of retired seniors. But relying too much on those benefits could spell trouble once your career comes to a close.

Unfortunately, it seems like a large chunk of women are doing just that. An estimated 62% of female workers expect Social Security to be their primary source of income in retirement, according to new data from Nationwide. Worse yet, 18% of women are looking to Social Security to provide more than 90% of their senior income. That's just downright unrealistic. 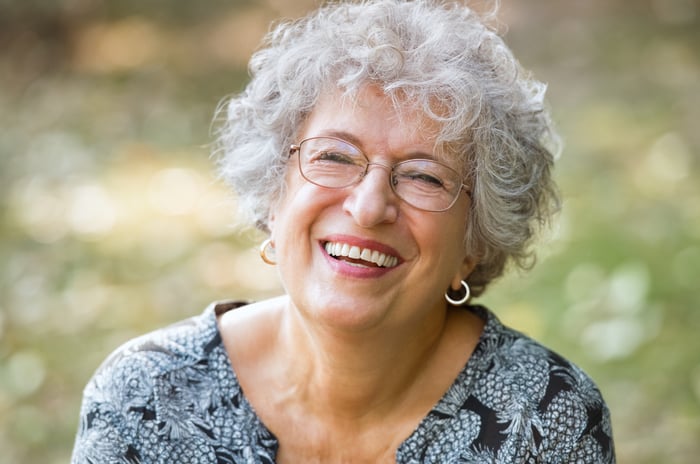 Contrary to popular belief, Social Security was never designed to sustain retirees in full. Rather, it was designed to supplement seniors' income. These days, those benefits will replace roughly 40% of the typical worker's pre-retirement income. Most seniors, however, need more like 80% of their previous earnings to live comfortably -- and by "comfortably," we're talking about having enough money to cover all basic living expenses. Those wishing to travel extensively or engage in a host of leisure activities will need considerably more.

And that's precisely why it's so dangerous to rely so heavily on Social Security. These days, the average recipient gets just $1,404 per month, or $16,848 per year. If you're among those women who expect Social Security to cover upward of 90% of your expenses, you may want to reconsider -- and start ramping up your savings game.

It's on you to fund your retirement

Since Social Security alone clearly won't cut it once you leave the workforce and lose that steady paycheck, it's your job to save independently. And as a woman, that's easier said than done, particularly because females tend to earn less money than similarly qualified men across the board. Still, that doesn't mean you can't do your part to boost your savings rate and secure the comfortable retirement you deserve.

Even if you can't go so far as to save $24,500 a year, boosting your savings rate at any level will help in the long run. Imagine you're currently setting aside $300 a month for retirement and are 20 years away. Assuming that same 7% average annual return, you'll have another $147,000 in your nest egg after all is said and done. But if you're able to save $400 a month instead, you'll come away $197,000 richer.

While depending on Social Security without saving on your own is a big mistake, if you're counting on those benefits to help pay the bills, you should know that you have the option to increase them. All you need to do is hold off on filing past your full retirement age, and for each year you delay up until age 70, you'll snag an 8% increase in your monthly payments. This means that if your full retirement age is 67 and you wait until you turn 70 to file for benefits, you'll increase a $1,500 monthly payment to $1,860 -- for life.

And that's important for a couple of reasons. First, it just plain helps to have more money coming in each month, but secondly, since women tend to live longer than men, having that boost could come in extremely handy should you wind up depleting your nest egg earlier than expected.

Though Social Security can certainly do a good job of helping to pay the bills in retirement, it cannot and should not be the primary source of your income. You're far better off saving as much as possible during your working years and enjoying the benefits of having done so when you're older.