If you're eligible for Social Security, you actually get an eight-year window to claim benefits that kicks off at age 62 and closes at age 70. Smack in the middle of that window is your full retirement age, or FRA, which, depending on your year of birth, is 66, 67, or 66 and a certain number of months. Now you'll get lots of advice about filing for Social Security sooner rather than later, but I'm here to make the case for waiting as long as possible to claim benefits. Here's why.

Imagine if someone were to offer you a chance to invest your money at a guaranteed 8% yearly return with no risk whatsoever. You'd probably run the other way, thinking it was a scam. But actually, Social Security offers you that exact arrangement. For each year you hold off on benefits past full retirement age, you get an instant 8% boost that remains in effect for the rest of your life. Furthermore, there are no income or payment limits associated with this perk -- anyone who delays benefits is eligible. 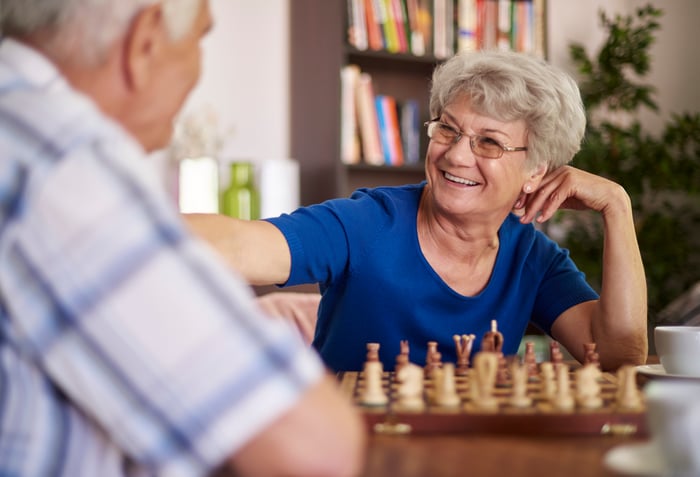 2. You'll come out ahead if you live a long life

One interesting thing about Social Security is that it's designed to pay you the same lifetime benefit regardless of when you first file. That's because while waiting on benefits will boost each payment, you'll collect fewer payments. This formula, however, assumes that you live an average life expectancy, but if your health is great, and you wind up living a longer life, you'll come out ahead financially by waiting.

3. You'll reduce your risk of outliving your savings

There's a reason why 60% of baby boomers are more worried about outliving their nest eggs than actually dying: Most workers today are behind on savings, and many have little opportunity to catch up. In fact, the median savings balance among households aged 56 to 61 -- in other words, those nearing retirement -- is just $17,000. And that's hardly enough to live off. If you're relying heavily on Social Security to pay the bills in retirement, then you need to get as much money out of the program as possible. And that means delaying benefits as long as you can.

Even if your savings balance is relatively healthy, you never know what expenses retirement might bring about. And the more income you can count on from Social Security, the less likely you'll be to deplete your nest egg prematurely.

Of course, delaying Social Security isn't always the best way to go. As colleague and personal-finance expert Dan Caplinger points out, filing earlier will put money in your pocket sooner, which you can then invest. But remember, there's generally no such thing as a risk-free investment, whereas the 8% annual boost you get by delaying benefits is guaranteed. Dan also points out that filing later could impact your family, but if you're single, that's not a concern.

While it's certainly possible to make the case for claiming Social Security at full retirement age or even earlier, there are plenty of scenarios where you'll come out ahead by waiting. And that could end up spelling the difference between a secure retirement and one that's loaded with financial stress.