Like it or not, taxes are a part of life. But while you can't get out of paying taxes, you can take steps to avoid certain IRS penalties that could really hurt you financially. Here are a few to steer clear of.

Saving for retirement in a traditional IRA or 401(k) has its benefits -- namely, that the money you contribute goes in tax-free, thereby lowering your IRS bill for each year you contribute. In exchange for that tax break, however, the IRS wants you to keep your money locked away for retirement, and so generally speaking, if you remove funds from either account type before turning 59 1/2, you'll face a 10% early withdrawal penalty on your distribution. 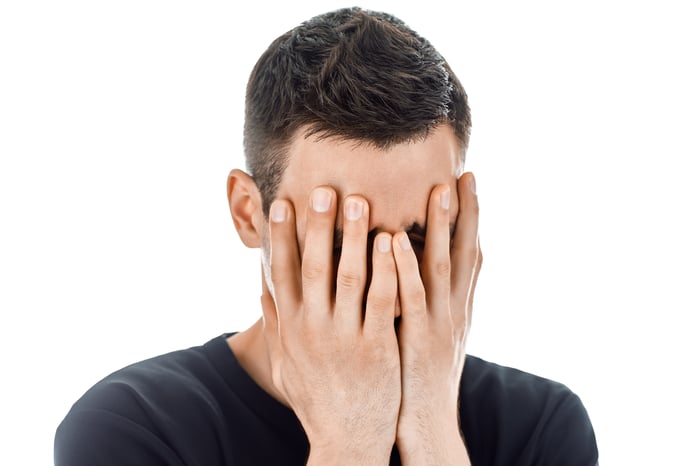 Now there are a few exceptions to this rule. You're allowed to withdraw funds from an IRA ahead of schedule to purchase a first-time home or pay for higher education. Similarly, you can tap your 401(k) early if you become permanently disabled or need the money to pay for medical costs that exceed 10% of your adjusted gross income in a given year. Furthermore, if you're at least 55 and separate from the employer sponsoring your 401(k) plan, you can access your money a little early and avoid a penalty. But unless you happen to qualify for one of these exceptions, prepare to face some hefty consequences.

The money you have in your traditional IRA or 401(k) can't just sit there and grow indefinitely. Once you turn 70 1/2, you're on the hook for required minimum distributions, or RMDs, which are calculated based on your account balance and life expectancy at the time.

The problem with taking RMDs when you don't need the money is that they automatically trigger taxes. But if you fail to take your scheduled withdrawals, you'll get into even bigger trouble, because the IRS will slap you with a 50% tax penalty on whatever amount you neglect to remove. This means that if your RMD for a given year is $5,000 and you don't take it, you'll lose $2,500, just like that.

Each year, countless taxpayers neglect to file their returns on time. But if you don't get your taxes in by the deadline and owe the IRS money, that negligence will cost you. That's because the IRS will hit you with a failure-to-file penalty equaling 5% of your unpaid tax bill per month or partial month your return is late. Let it go long enough, and you could rack up a penalty of up to 25% of your unpaid tax bill.

Even if you realize your mistake shortly after the filing deadline, once your return is more than 60 days late, you'll face a minimum late filing penalty of $135 or 100% of your unpaid tax bill -- whichever is smaller.

If you can't get your act together in time to submit your return by the deadline, request a tax extension. Though this won't buy you more time to pay your tax bill, it'll help you avoid the failure-to-file penalty, provided you get your return in within the next six months.

Though most tax filers wind up getting a refund each year, some folks end up owing the IRS money when they submit their returns. If you're one of them, and you don't pay your tax bill by the filing deadline, you'll face a late payment penalty equal to 0.5% per month or partial month that bill remains unpaid, up to a total of 25%. Keep in mind that if both the failure-to-file and late payment penalty apply to you, your maximum penalty can't exceed 5% per month. Still, that's a lot of money to potentially lose.

To avoid that fate, prepare your tax return well ahead of the deadline so that if you do come to owe money, you'll have more time to scrounge up the cash. Another option? Sign up for an IRS installment plan, which will help you pay off your tax bill in a more affordable fashion.

It's bad enough that we all lose money to taxes, so don't make things even harder for yourself by falling victim to these brutal penalties. Read up on your retirement plan's rules, and be vigilant about filing and paying your taxes on time. Otherwise, you'll have even more reason to hate the IRS.