No matter how modest a lifestyle you expect to lead in retirement, you simply cannot exist on Social Security alone. In a best-case scenario, those benefits will replace about 40% of your pre-retirement earnings, and most seniors need closer to 80% to cover their bills. Independent savings, therefore, are the best way to bridge the gap between what Social Security will provide and what you'll actually require.

There's just one problem: Most Americans are ignoring the need to save on their own. At present, 42% of Americans have less than $10,000 in savings, according to new data from GOBankingRates. And if they don't change their habits and attitudes, they're likely to struggle later on. 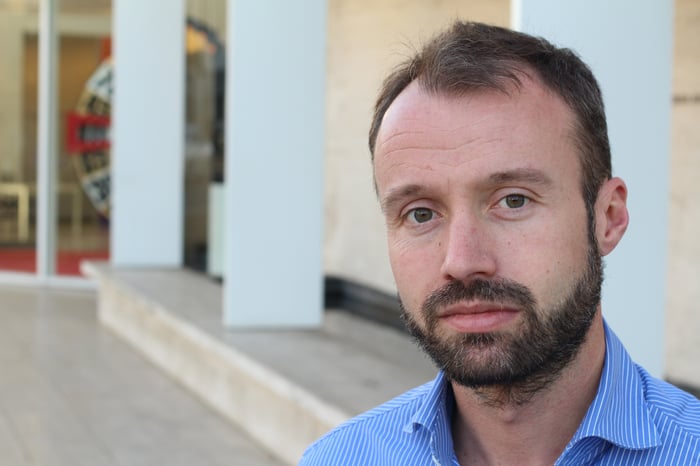 It's bad enough that countless Americans aren't setting money aside for the future, but their reasons for it are equally outlandish. Some common but bogus excuses include:

So let's review. First, no matter how limited your earnings might be, you can always eke out a few dollars here and there to fund a retirement plan. It can be $20 a month, or every other month, for that matter. But there's no reason not to set aside something. (Of course, over time, you'll need to do better than $20 a month; but when you're first starting out, any effort you make is preferable to not making an effort at all.)

Next, if you think you won't need retirement savings, you're clearly misguided, as we learned above. Furthermore, while having debt might be an impediment to saving, it shouldn't stop you from building your nest egg, albeit at a slower rate than someone who's not already on the hook for a monthly credit card payment. Finally, if your company doesn't offer a 401(k), you can always save for retirement in an IRA. Though your annual contribution limits will be lower, if you max out year after year, you'll be sitting on quite a bundle by the time you're set to retire.

It's time to do better

If you've been neglecting your savings to date, now's the time to make changes. This especially holds true if you're among the 42% of adults with under $10,000 socked away because, frankly, that's just not an acceptable level of savings unless you happen to still be in your early to-mid-20s.

You can start by reviewing your budget, or creating one if you don't already have one in place, and finding ways to cut corners. That could mean canceling your streaming service, dining out less frequently, and walking to work every day rather than paying for a taxi or bus. Once you've freed up that extra cash, roll it into your retirement plan each month. Though it's wise to set aside 15% or more of each paycheck for the future, if you can't swing that (or at least not yet), do what you can. You'd be surprised at how a small amount each month goes a long way over time.

As you can see, you don't need to max out your 401(k) to amass some decent savings. You just need to sock away a reasonable amount consistently and invest it wisely. For example, going heavy on stocks is likely to yield you a 7% return over time, as that's actually a couple of points below the market's average.

Another good way to build your savings? Look into a side gig. An estimated 44 million Americans have one at present, and those are the folks with more money-related options at their disposal. Taking on extra work might also help you limit the extent to which you need to cut expenses, thus allowing you to retain the lifestyle you're used to.

Remember, your retirement isn't going to fund itself, and Social Security will only cover a fraction of your senior living costs. If you want a shot at enjoying your golden years, you'll need to start saving for them now -- even if it means hustling and making some sacrifices along the way.