There's a lot we don't know about our futures, which can make it hard to plan for them. We don't know, for example, how long we'll live, or how well the stock market will be doing as we approach retirement, or how much money we'll need for retirement.

In many cases, the best we can do is guess -- and then plan somewhat conservatively, leaving room for error. A survey several years ago revealed that millennials are assuming that they'll spend much less in retirement than they're likely to spend. That's potentially catastrophic, as it could lead to running out of money in retirement. It's also a mistake not limited to millennials. You might be making it, too. 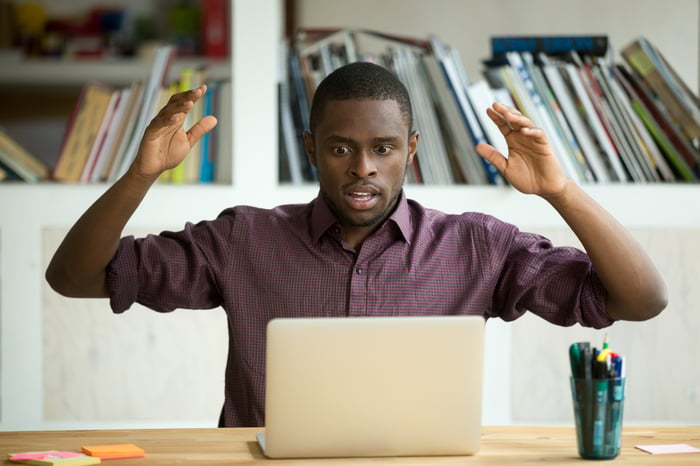 So what's the problem, exactly? Well, the 2015 "Will Millennials Ever Be Able to Retire?" report and the 2017 "Millennials and Retirement" report issued by the Insured Retirement Institute offer some troubling findings regarding millennials. For starters, about 70% assumed that they'd spend less than $36,000 annually in retirement. How wrong is that? Well, check out the following table, offering data from the U.S. Bureau of Labor Statistics on annual spending for a range of age cohorts:

Considering that the average American retires in his or her early 60s, the millennials' guess is clearly off the mark -- significantly lower than those in the silent generation spend and way below baby boomer spending.

Another worrisome detail is that when it comes to saving and investing for retirement, millennials are very averse to risk, with 36% citing a low appetite for risk. That's problematic, because the younger you are, the more able you are to take on certain kinds of risks, such as investing in the stock market. Yes, the market swoons, sometimes heavily, now and then -- but if you're planning to stay invested in it for many years, you can weather the storms and remain invested for the recoveries and upswings. Indeed, the longer your money is left to grow, the greater your nest egg can become. This table makes that clear:

If you're, say, 25 years old, you might amass almost a million dollars just by socking away $5,000 annually -- if you can let that money grow for 35 years! Even those who are already in their 50s may be able to accumulate a significant sum over just a decade, especially if they're aggressive about it. 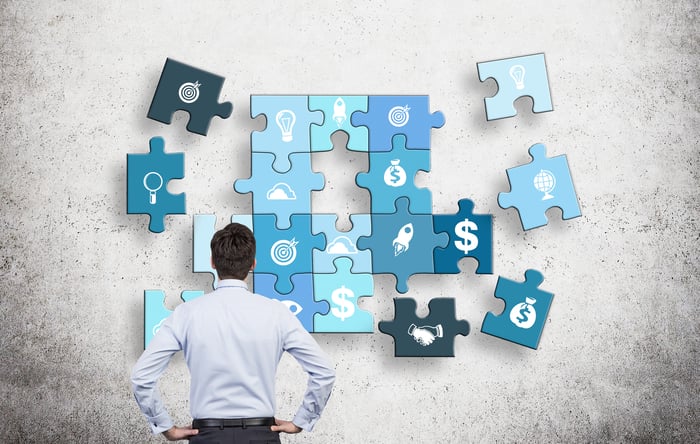 How much money will you need in retirement?

Here's how you might go about estimating how much money you'll need in retirement: Make a detailed list of your expected monthly, annual, and occasional expenses, and throw in some more, for the unexpected. Be thorough, including housing expenses, insurance, taxes, food, transportation, healthcare, entertainment, travel, and so on. Add up what you think you'll be spending on each category annually in your first years of retirement -- and know that many people spend less on many categories as they age in retirement, while spending more on healthcare.

Know, too, that Social Security is not likely to provide enough. On average, Social Security benefits are designed to only replace about 40% of your income -- with the percentage higher if you had lower-than-average earnings and vice versa. So the average retiree will need to generate a significant amount of additional income. For context, the average monthly retirement benefit was recently $1,407, which amounts to nearly $17,000 per year. If your earnings have been above average, though, you'll collect more than that -- up to the recent maximum monthly Social Security benefit for those retiring at their full retirement age, which was recently $2,687. (That's about $32,000 for the whole year.)

The "4% rule" is a handy tool that can help you estimate your needs. It has you withdrawing 4% of your nest egg in your first year of retirement and then adjusting future withdrawals for inflation. This withdrawal strategy assumes a portfolio 60% in stocks and 40% in bonds, and it's designed to make your money last through 30 years of retirement. As an example, imagine that you've saved $400,000 by the time you retire. In your first year of retirement, you would withdraw 4%, or $16,000. In the following years, you'd adjust your withdrawals for inflation.

Millennials aren't the only ones operating under dangerous misconceptions when it comes to retirement. There's a good chance that no matter how old you are, you're under some illusions. Spend a little time reading up on the topic and put a plan into action -- and your retirement may be much more comfortable.

Millennials Are Making a Big Financial Mistake. Are You, Too? @themotleyfool #stocks Next Article
Current