What does early retirement mean to you? Is it leaving the workforce at 60? 50? Sometime in your 40s? No matter what period of life sounds ideal, I'm here to tell you that you can retire when you want to. You just need to follow the right path to get there.

1. Commit to the goal

Those who manage to retire early don't make the decision on a whim. And they're not always rich, at least not in the conventional sense. Rather, they're people who know what they want and take steps to get there. If you focus on the goal of early retirement during your working years, you'll be more apt to avoid the pitfalls that prevent so many people from meeting that goal. 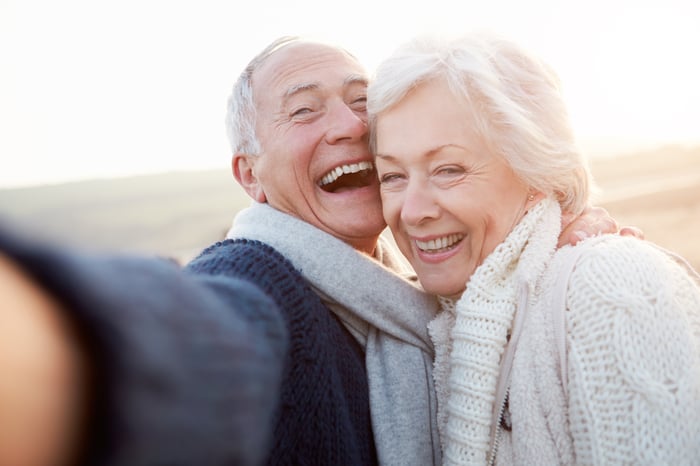 For example, staying out of debt is a good way to increase your chances of retiring early. The reason? When you rack up bad debt, you throw away money on interest rather than having that cash to set aside and invest for the future. So, if you know you'd like to leave the workforce ahead of schedule, keep that thought at the forefront of your mind as you navigate life's decisions. With any luck, you'll decide not to buy that expensive TV you don't need, or you'll forgo that pricey living room set in favor of modest furnishings, because you'll recognize that doing so gets you one step closer to your goal.

2. Use compounding to your advantage

Those people who manage to accumulate sizable nest eggs don't necessarily earn the big bucks or stem from rich families. Rather, they're smart about saving and investing consistently, and they do so from an early age.

If you're intent on retiring early, you'll need to start funding your nest egg as soon as possible to take full advantage of compounding. Compounding is the concept of earning interest on top of interest, and it's what allows average earners to build wealth rather painlessly.

Here's how it works: You commit to putting away $500 a month beginning at age 25. You then invest that money in stocks and generate an average annual 8% return on your money, which is actually a bit below the market's average. By age 55, you'll have put in just $180,000 of your own money, but thanks to the power of compounding, you'll be sitting on a $680,000 nest egg.

The longer you wait to set money aside for the future, though, the less free money you'll get in the form of compounding. Case in point: The above example relies on a 30-year savings window. Start saving that same amount of money five years later, and you'll reduce your $680,000 nest egg to just $439,000, assuming an 8% return. And that $241,000 gap could spell the difference between retiring when you want to and being forced to plug away for longer.

3. Keep your housing costs in check

Housing tends to be working Americans' greatest expense, so if you're serious about retiring early, choose your home wisely. Assuming you're a buyer and not a renter, you'll want to keep your housing costs well below 30% of your take-home pay, and that figure is inclusive of your mortgage payment, property taxes, insurance, and maintenance.

Some folks will tell you that's more conservative than necessary. The general convention is that you're supposed to keep your mortgage, property taxes, and insurance at or below 30%, and that maintenance is a separate category. I strongly disagree. There are certain aspects of home maintenance that are remarkably predictable. If you have a lawn, you know it'll need to be mowed. If you have gutters, they'll need to be cleaned. Your wooden deck will need to be periodically stained and sealed, and your heating and cooling system will need fine-tuning before or after its high-use season. These aren't surprises, so it pays to lob them into your housing costs to help ensure that you don't overspend.

Now let's talk about that 30% threshold. Many financial experts agree that you're safe to spend up to 30% of your income on housing, but I think that's a dangerous move if you want to retire early. Having a home monopolize that much of your income gives you less flexibility savings-wise, thereby derailing your early retirement goal. You're better off keeping your housing costs as low as possible -- ideally, as low as 15% to 20% of your income.

So, there you have it: Even if you're an average earner with a modest career, you can retire well ahead of schedule and enjoy the perks that come with it. You just need to make smart choices to get there.