Please ensure Javascript is enabled for purposes of website accessibility
Log In Help Join The Motley Fool
Free Article Join Over 1 Million Premium Members And Get More In-Depth Stock Guidance and Research
By Christy Bieber – Apr 14, 2018 at 5:49AM

Going into debt for vacation instead of saving for it could mean you miss out on $234,000 in retirement savings.

You've probably seen many articles about how important it is to save for retirement. There's a good reason for that: If you don't have enough retirement savings, you'll end up broke as a senior, since it's impossible to live off Social Security alone.

Saving for retirement is undoubtedly one of the single most important things to do with your money, and you should ensure you're putting aside at least 15% of income to support yourself after you retire.

However, saving for retirement isn't the only saving you should be doing. It's imperative you set aside money outside retirement accounts. Here's why -- along with advice on saving for other goals: 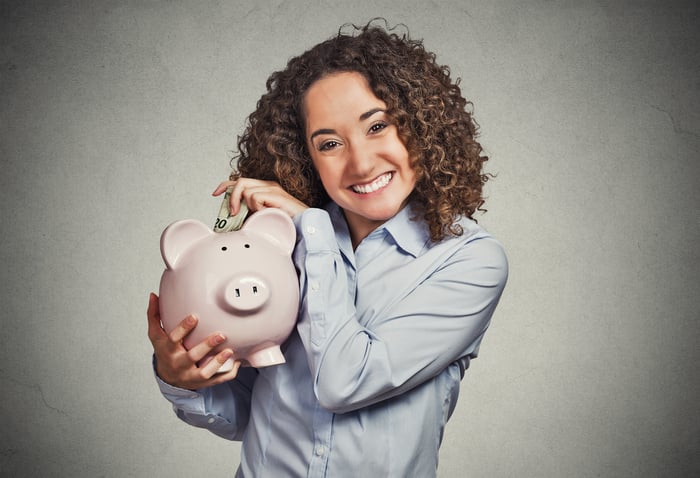 Saving money in something other than retirement accounts is important for many reasons. For one, emergencies will happen, and you must be able to pay for them. The money in your retirement accounts won't help when disaster strikes because if you're invested in a 401(k) or IRA, you can't withdraw without penalties.

Unfortunately, around six in 10 Americans have less than $500 saved for an emergency -- a recipe for financial disaster since 60% of Americans responding to a Pew survey experienced a financial shock in the past year, with the most expensive shocks carrying a median cost of $2,000.

Among those families who experienced a major emergency, more than half hadn't financially recovered six months later. If you don't have a fully funded emergency fund -- one with money to cover three to six months of living expenses -- you could be one of them. If you end up in debt to cover your emergency, paying interest undermines other financial goals, including retirement savings.

While you may plan to borrow from a 401(k) to cover an emergency, this can be a big mistake. You'd be trapped in your job until you pay back the loan, and if you can't pay it back, you'd have to pay taxes on the unpaid balance plus a 10% penalty if you're not at least 59 1/2 years old.

You should be saving for other goals

Besides an emergency fund, you should be saving for other things, too, including:

Saving for all these expenditures must be done outside a retirement account since retirement funds should be left alone to grow and support you in the future.

How to save outside of retirement accounts

To save outside 401(k)s and IRAs, decide what your goals are and how much to save.

Once you've decided how much to save, make a budget. Include savings as an essential, and work out how much you'll have left to spend on fixed and variable expenses. If you don't have enough to accomplish all your goals, adjust by increasing income, decreasing spending, or setting more-realistic goals.

Next, decide which accounts you'll use to save.

Ideally, create separate savings accounts for each goal -- like your new-house fund and car repair fund -- so you won't be tempted to spend the money for other purposes and you'll be more motivated to save as you get closer to your goals.

Saving for all your goals makes your financial life easier

If you're like most people, saving for retirement is hard enough -- much less figuring out how to save for all of these other things. The good news is, once you actually start saving, things get easier.

When you aren't stuck paying interest on debt from dealing with an emergency and you don't have a big monthly car payment, you'll have more money to put into savings accounts so you can accomplish your dreams. While it may be hard to get started, it's worth it in the end.