Please ensure Javascript is enabled for purposes of website accessibility
Log In Help Join The Motley Fool
Free Article Join Over 1 Million Premium Members And Get More In-Depth Stock Guidance and Research
By Maurie Backman - Apr 23, 2018 at 6:08AM

Investing in stocks is sort of like riding a roller coaster. But in the end, it's a worthwhile experience you'll come to be thankful for.

When we talk about the stock market, there's one word that tends to come to mind: volatility. Think about some of the headlines you might have seen over the past few months -- things along the lines of the Dow plunging like crazy and trade war fears shaking investors to their core. It's no wonder that only 54% of the U.S. population owns stocks, despite the fact that they've been a solid moneymaker over time.

Of course, not everyone is terrified of the stock market. Among those folks who aren't invested in it, it's fair to say that much of that decision boils down to a lack of funds. But if you are sitting on money to invest and are hesitant to dabble in stocks for fear of losing it, here are a few ways to get past those feelings and make what likely will end up being a very smart financial decision. 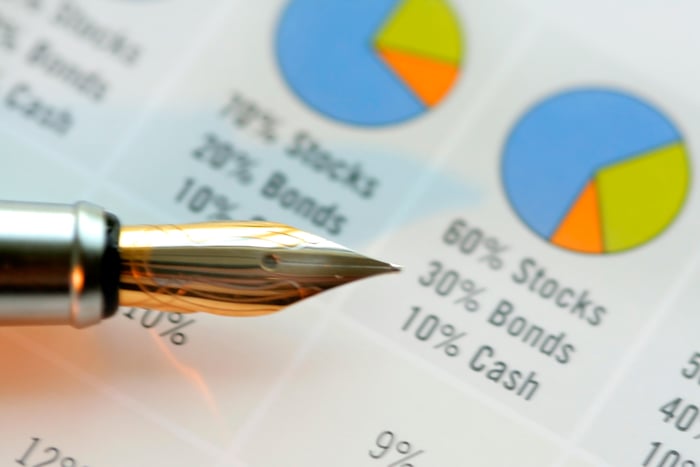 1. Understand that downturns are normal

A big reason so many investors stay away from stocks is that they think the market is too unpredictable. But actually, history tells us the opposite -- that the stock market is fairly predictable in that it will take its share of dives, but also recover from them.

Consider this: Between 1965 and 2015, the S&P 500 underwent 27 corrections where it lost 10% or more, yet it ultimately regained its value every single time. If your goal is to get rich quickly, then the stock market probably isn't for you. But if you're willing to focus on the long term, know that historically, the market has spent more time up than down.

2. Recognize the difference between actual losses versus losses on paper

It's disheartening to see your portfolio value drop the moment the stock market experiences a dose of upheaval. But one way to ease your associated fears is to understand that if you don't react to downturns, you actually won't lose any money.

Imagine your stock investments are worth $50,000 one day, but $48,000 the next. Your first thought might be: "Yikes -- that's not good." But until you actually sell your investments, that $2,000 drop is merely a loss on paper. Therefore, if you're willing to be patient and invest for the long haul, not only can you avoid losing money during declines, but you stand to make money once the market recovers, which it's been shown to do.

3. Understand the risk of not investing in stocks

You've probably heard that a dollar today isn't worth the same thing as a dollar 10, 20, or 30 years from now. That's because the ever-present beast known as inflation will take the value of your savings and degrade it until that pile of cash is worth substantially less than what it was worth when you first socked it away. The only way to fight inflation, in fact, is to invest your money in a manner that keeps up with or outpaces it. And in that regard, stocks are your best bet.

Imagine you manage to accumulate $50,000 by the time you turn 40, and want that money to grow into a nice little nest egg for retirement. If you keep your savings in safer investments like bonds, you might come away with an average annual 3% return over time, which, during a 25-year investment window, would grow your $50,000 to $105,000. On the other hand, if you put that money into stocks, you might score an average annual 8% return -- which is still below the market's average -- which would leave you with $342,000 instead.

If the idea of losing money in the stock market worries you, think about it this way: If you shy away from stocks, you'll risk falling behind growthwise and losing your buying power later on. And that's a good way to mess up your retirement and set yourself up for an unstable future.

Clearly, there are plenty of good reasons not to fear the stock market quite so much, so if you've been playing it safe with your investments thus far, consider this your wakeup call. And if you're worried because you don't know the first thing about choosing stocks, our newbie guide to stock investing can help. Another option? Load up on index funds, which offer instant diversification and take some of the legwork out of building a portfolio -- though you should always do your research, as not all funds are created equal.

No matter what approach you take to getting into the market, don't make the mistake of avoiding stocks when you have a solid investment window ahead of you. Yes, on the surface, stocks might seem a little scary, but if history tells us anything, it's that the rewards well outweigh the risks.