Countless retirees today count on Social Security to pay the bills, and future retirees would no doubt like the option to do the same. But apparently, most older workers fear they won't end up getting those benefits after all. In a recent study by the Nationwide Retirement Institute, 72% of workers 50 and over worry about Social Security running out of funding in their lifetime. Incidentally, 58% of recent retirees and 53% of long-term retirees (those retired 10 years or more) have the same concerns. The question is: Are these folks being alarmist? Or is Social Security in real danger?

The lowdown on Social Security

If you've been hearing that Social Security is in dire shape, you can breathe a sigh of relief. The program is by no means going bankrupt, namely because it gets its funding from payroll taxes. 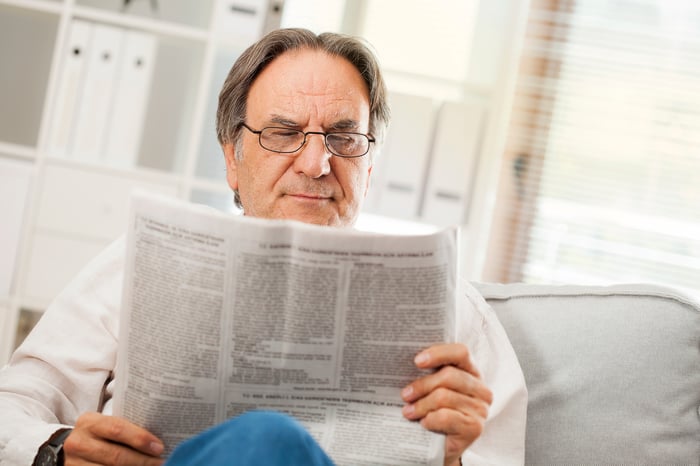 The point, though, is that as long as we have an active workforce, Social Security will continue to take in revenue and, therefore, won't go broke. This means the program will manage to pay benefits in some capacity.

That said, come 2022, Social Security is projected to start paying out more benefits than it collects in revenue. Thankfully, it has trust funds it can tap to compensate, but those funds are set to run dry in 2034. Once that happens, future beneficiaries may indeed see a drop in benefits.

What sort of cuts are we talking about? The latest projections call for a 23% reduction of scheduled benefits, and while that's better than getting no money out of Social Security, it's also far from ideal -- especially given the number of seniors who currently, or will one day, come to rely on those payments as a key source of income. So, while there's no need to worry about the program going away, you should worry if your plan is to enter retirement with no substantial savings of your own.

Clearly, a 23% benefits reduction will cause countless current and future retirees a huge financial hardship. But that's not the only reason it's dangerous to fall back on Social Security in the absence of independent savings. Even without future reductions to worry about, Social Security was never designed to sustain seniors on its own. Even if the program manages to continue paying benefits at full capacity, those benefits will only replace about 40% of the average worker's pre-retirement income. Most seniors, though, need somewhere in the ballpark of 80% of their former earnings to pay the bills in retirement, especially when you factor in rising expenses like healthcare.

This means no matter what, you need your own savings if you want a shot at a financially secure retirement. Now, if you're younger and still have many working years ahead of you, you have a decent window of time to build some personal wealth. Saving $300 a month over 35 years will leave you with nearly $500,000 if your investments deliver an average annual 7% return during that time (which is doable with a stock-heavy portfolio).

But what if you don't have 35 remaining years in the workforce? What if you're well into your 50s or early 60s and don't have a dime saved?

If that's the scenario you're in, your best bet is to start maxing out whatever retirement plan you have immediately. If your employer offers a 401(k), you can contribute up to $24,500 a year, or put $6,500 into an IRA. Max out the former for seven years at a more conservative average annual 5% return, and you'll be looking at $200,000 to work with in retirement.

Another option? Work longer. Doing so will give you an opportunity to not only save more money, but boost your Social Security benefits by delaying your filing past full retirement age.

No matter what strategy you employ, don't make the mistake of counting on Social Security to sustain you without additional income, because that's just not going to happen. On the other hand, don't be too quick to write off the program, either. Social Security is still alive and kicking, and though it is facing its share of financial problems, you can rest easy knowing you'll get some sort of benefit when it's your turn to collect.