If you're looking forward to collecting Social Security when you're older, you're not alone. You should know, however, that the age at which you claim those benefits initially could cause them to go up, go down, or stay the same.

Your benefits themselves are calculated based on how much you earned during your top 35 working years. Once you reach full retirement age (FRA), you'll be eligible for your full monthly benefit amount based on your earnings record. FRA, depending on when you were born, kicks in at either 66, 67, or 66 and a certain number of months. 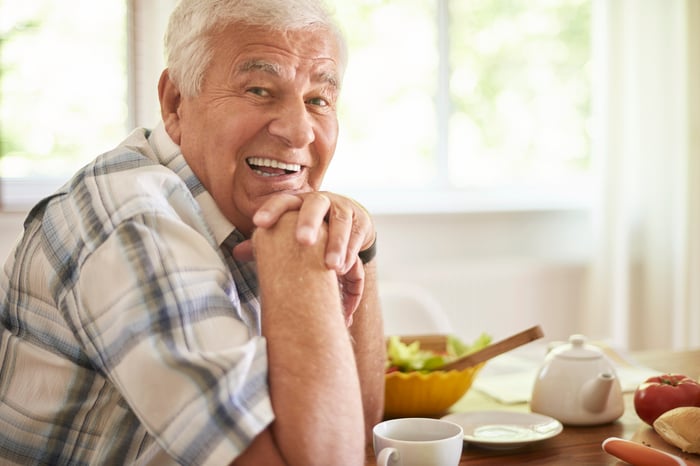 That said, you actually get an eight-year window to file for benefits that begins at age 62 and ends at age 70. If you file before reaching FRA, your benefits will be reduced for each year you claim early. But if you hold off on taking benefits past FRA, you'll accrue delayed retirement credits that boost your payments by 8% annually up until you reach age 70. It's for this reason that some seniors are motivated to wait as long as possible to take benefits, and if any of the following scenarios apply to you, you'd be wise to do the same.

Many people work well into their 60s, but if you're still collecting a paycheck by the time you're eligible for Social Security, and you haven't yet reached FRA, you'll have a portion of your benefits withheld if you earn too much. The threshold at which that applies changes from year to year, but for the current year, you'll have $1 in benefits withheld for every $2 you earn over $17,040. And that's on top of the reduction you'll face by filing ahead of FRA.

Now once you reach FRA, you can earn as much money as you'd like and still get your Social Security payments in full. But if you don't need the cash right away because your paycheck is enough to support you, you might as well hold off on filing and let your benefits grow. This way, you'll collect a higher monthly payment for life.

2. You have very little savings

Once you retire, you'll probably need a combination of savings and Social Security to cover your bills. But if you're lacking in the savings department, your benefits will need to work much harder. Therefore, it pays to boost them as much as possible to make up for a smaller nest egg.

3. You have good genes

The interesting thing about Social Security is that it's designed to pay you the same lifetime total regardless of when you initially file. The logic here is that waiting on benefits will cause you to collect fewer individual payments, but each payment you get will be higher, and so the two factors will balance each other out. This formula, however, assumes that you live an average life-span, but if you have a family history of longevity and your own health is great, you'll generally come out ahead financially by delaying benefits as long as possible.

Of course, predicting your own life-span is mostly impossible because, unfortunately, you never know when you might unexpectedly fall ill. But if you're approaching FRA in terrific health and your parents and grandparents all lived long lives, then it's probably worth having faith in your ability to do so as well.

Waiting on Social Security isn't always possible, nor does it always make sense. If you're out of work, for example, and need money to pay your bills, you're better off taking benefits than racking up debt. Similarly, if your health is poor, you'll generally come out ahead by filing for Social Security sooner rather than later. But if any of the above circumstances apply to you, remember that waiting will give you a series of higher monthly payments for life. And that might really buy you the retirement of your dreams.