Not only is 62 the earliest age you can file for Social Security, it's also the most popular age for seniors to claim benefits. And that wouldn't be a problem if it weren't for the fact that taking benefits at 62 means potentially sentencing yourself to lower monthly payments for life.

Though your Social Security benefits themselves are calculated based on your earnings history (specifically, your top 35 working years), the age at which you file for those benefits could cause your monthly payments to change. To collect your full monthly benefit, you'll need to wait until full retirement age (FRA) to file for Social Security, and that age is not 62. For today's workers, it's either 66, 67, or 66 and a certain number of months. Therefore, if you file at 62, you'll reduce your benefits by a hefty percentage, the specifics of which will depend on your exact FRA. 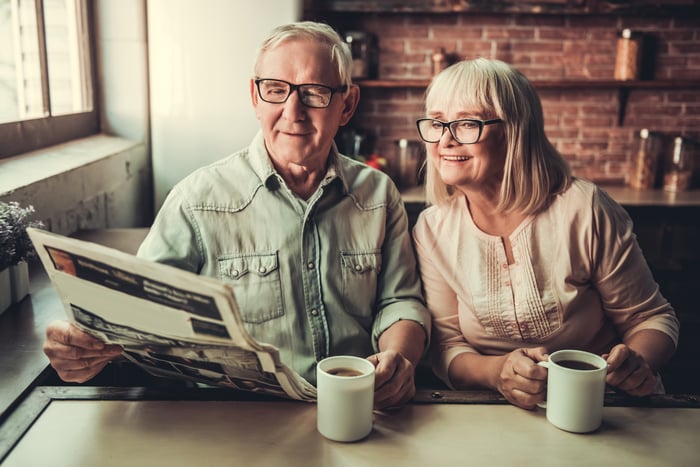 To give you a sense of the sort of reduction you might be looking at, imagine your FRA is 67 and your full monthly benefit is $1,600. Filing at 62 would cut that benefit down to $1,120, and that's a pretty big reduction to contend with if you're counting on Social Security to help pay the bills in retirement.

So, why do so many seniors open themselves up to a potentially lifelong reduction in benefits by taking them as early as possible? It often boils down to these factors.

1. They lose their jobs

Many workers wind up getting laid off later in life. Because it can be difficult to find work at that point (let's face it: companies often don't want to hire older workers who are steps away from retirement), many seniors have no choice but to file for Social Security as soon as they're able. This especially holds true among those who don't have enough savings to sustain themselves without an income. Of course, filing for Social Security at 62 in the absence of a job is a far better bet than racking up unhealthy debt, which explains why so many older Americans go this route rather than live off their credit cards.

2. Their health fails them

Your ability to work hinges on your health, and unfortunately, a large number of employees wind up falling victim to health issues that force them out of the workplace prematurely. And just as it pays to fall back on Social Security after a layoff, so too does it pay to take the same approach when health matters cause you to cut your hours or leave your career altogether.

3. They need to care for loved ones

It's not just our own health that can cut our careers short. Sometimes, the failing health of a loved one can leave us with no choice but to act as caregivers, thus limiting our own ability to work. Each year, countless seniors find themselves unprepared for long-term care expenses, and when that happens, the burden often falls on their family members to take the place of professional (paid) caregivers. Therefore, a large number of workers wind up taking benefits at 62 when they realize that leaving their jobs and becoming caregivers is more cost-effective than footing a nursing home bill.

One final reason so many people file for Social Security at 62 is that they fear their benefits will one day disappear completely, and that it therefore pays to get their hands on that money as early as possible. But while the above three reasons are valid ones for taking benefits at 62, this one, by contrast, is not. That's because the idea of Social Security going completely broke is laughable, and it all boils down to how the program gets its funding.

Payroll taxes are what keep Social Security afloat, so as long as we have a workforce, the program will have money coming in. That said, because seniors are leaving the workforce more rapidly than they're being replaced, Social Security, at present, is facing a major shortfall that might result in a 23% cut in benefits as early as 2034. But don't worry too much just yet -- there's a lot of time between now and then for Congress to come up with a fix, and since millions of seniors get the bulk of their income from Social Security, it's in lawmakers' best interest to avoid a cut in benefits down the line.

Of course, these are just some of the reasons so many folks file for Social Security as early as possible. You may end up having your own logic for filing early, and that's OK. Just be sure you're taking benefits at 62 for the right reason, and not because you're fearful that the program is on its way out.