If you're not familiar with how Social Security works, you might assume that there's a single age at which eligible recipients have to file for benefits. Not so. You actually get an eight-year window to claim benefits that begins at age 62 and carries through until age 70. (Technically, you're not required to file for benefits at 70, but there's no financial incentive not to.) Smack in the middle of that window is 65, an age often associated with retirement. But here are a few bad reasons to take benefits at that point.

1. You think it's your full retirement age

Your full retirement age is the age at which you're eligible to claim your full monthly Social Security benefit based on your earnings history. And while that age used to be 65, as life expectancies have increased, older workers have been forced to wait on collecting their benefits in full. 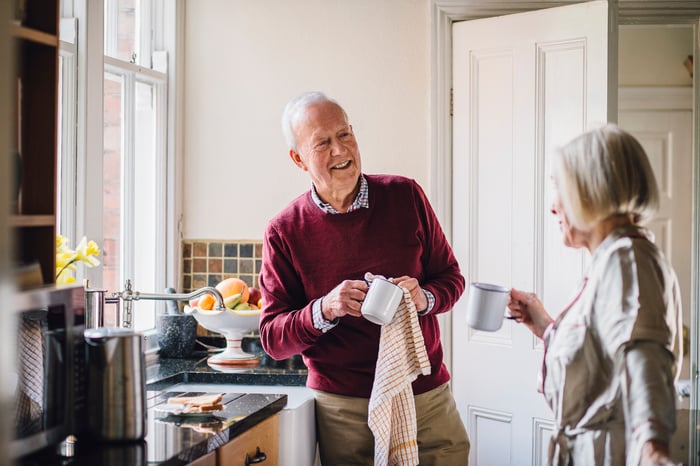 2. You think you're required to sign up for Medicare and Social Security simultaneously

Many people tend to associate Social Security with Medicare, and while the two programs are interrelated, they're subject to different rules. One key distinction is that Medicare eligibility begins at age 65, and you're not only allowed, but encouraged, to sign up for Medicare up to three months before the month of your 65th birthday to get the ball rolling. But don't confuse Medicare eligibility with that of Social Security. Convenient as it might seem to file for both simultaneously, by going that route, you'll reduce your Social Security benefits.

Incidentally, though you're allowed to file for Social Security as early as age 62, Medicare has a firm eligibility age of 65 unless you happen to qualify for a rare exception. Therefore, you should generally plan on enrolling in the two programs separately unless there's a compelling reason to claim Social Security at 65.

3. You're afraid Social Security will run out of money if you wait

One reason many Americans file for Social Security ahead of full retirement age is that they're worried the program is going broke and want to get their hands on their money while they still can. So, let's dispel that rumor, because it's pretty baseless. While it's true that the program is facing some financial challenges, and that it may have to cut benefits in the future if Congress doesn't jump in with a fix, there's no reason to believe Social Security is going away. The program has the ability to sustain benefits at their current level until 2034, which leaves lawmakers more than a decade and a half to address its future shortfall. Therefore, you shouldn't rush to file for benefits at 65 because you're afraid to wait any longer.

Of course, there are some situations where filing for Social Security at 65 isn't such a bad idea. If you find yourself out of work at that point in life, for example, it's better to take benefits than rack up credit card debt to pay your living expenses. But if you're filing at 65 for any of the above reasons, you're doing yourself a disservice that could come back to bite you in retirement.