Many people would love to retire early, with some aiming to and others assuming they can't. Here's some good news, though: You may be able to swing an early retirement if you take certain steps as soon as possible.

In case you hadn't thought of them, here are some reasons to try to retire early, and some guidance on how to do so. 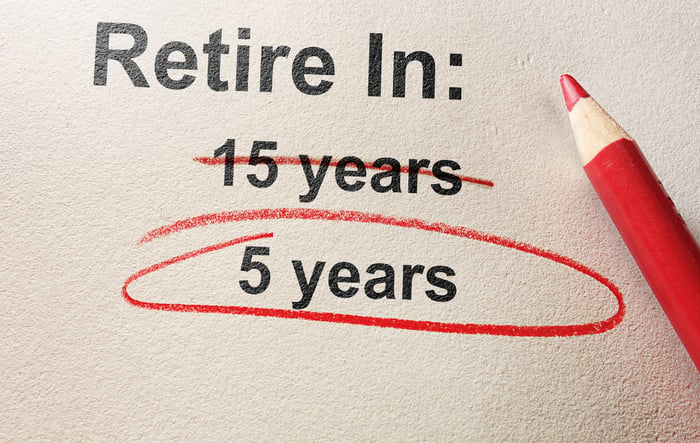 Retiring early will allow you to finally get around to some things you've long been wanting to do, such as improving your golf game, or planting and maintaining a big garden, or taking long, leisurely vacations. Better still, you'll be younger and probably more active when you're doing so, and more able to enjoy those interests.

Another benefit to retiring early is that it can give many of us a chance to take better care of ourselves, which can, in turn, help us live even longer. When you're not working, you'll likely have more time to prepare more healthful meals and to get or stay fit.

The best strategy to retire early

The first thing you need to do is have a plan. You're unlikely to accumulate as much money as you need and withdraw it according to plan if you have no idea how much money you need and no plan for withdrawals. Take some time to crunch numbers, and be conservative, leaving room for bad luck, extended economic downturns, and the chance that you might live a very long time, requiring a bigger nest egg. Be sure to include healthcare expenses in your model, as they can be significant. Per Fidelity Investments, a 65-year-old couple retiring today will spend, on average, a total of $280,000 out of pocket on healthcare. (That's not including long-term care expenses.) Factor in inflation, too -- which has averaged about 3% annually over many decades. You need your investments to grow faster than inflation in order to increase your future purchasing power.

Here's the most reliable and easiest way to retire early: Start investing in earnest as early as possible. The sooner you start, the more time each dollar will have to grow. Be sure to invest effectively, too, balancing risk and reward. You can lose money by taking on too much risk (such as by buying lottery tickets or overpriced speculative stocks), but you won't gain much ground being too risk-averse, either (such as by sticking to money market accounts and CDs). Here's how much money you can accumulate if you invest various sums each year and earn an average annual return of 8% -- perhaps by having much of your long-term money in a low-fee S&P 500 index fund such as the SPDR S&P 500 ETF:

The table offers numbers for short periods, too, so that if you're rather close to retirement now, you can see how much of a difference you can make to your nest egg. After all, it's too late for many of us to sock away money for 25 years in order to retire early -- but we might still be able to retire earlier than planned if we save and invest more aggressively.

It's reasonable to not know what to make of the totals above, though. To help you get a feel for what they will do for you, let's apply the flawed-but-still-helpful 4% rule. It suggests you withdraw 4% of your nest egg in your first year of retirement and adjust future withdrawals for inflation. Thus, if you accumulated the $741,344 above over 20 years, you could take out $29,654 in your first year.

Here's the table above, tweaked to show you the income each total would give you in your first year of retirement: 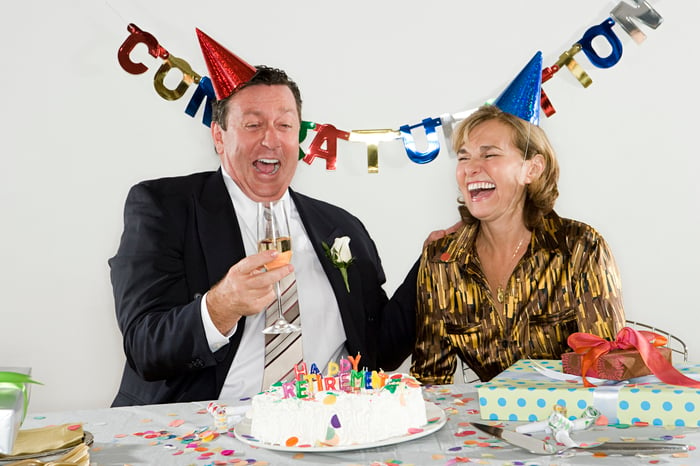 Catching up to retire early

If you're like the millions who are not close to retiring early, what can you do? Well, the tables above can help you see how much money you might need to accumulate. Your current income and spending habits may have you not seeing a way to get there, but odds are, you can tweak your income and spending habits enough to get there -- or you can take other money-saving actions.

I've written earlier about 40 money-saving tips. If you employ just 10 of them and save $100 with each, that's $1,000 in annual savings. (Some can save you hundreds on their own.) The tips include getting a better deal from your insurers and cable company, getting your credit card's interest rate lowered, refinancing your mortgage, not shopping for fun, increasing your deductibles (if you can), and using cash-back credit cards.

You might also downsize into a smaller home, which should cost you less in taxes, utilities, maintenance, and more. You might even move to a less expensive region. The median home value in New Jersey, for example, was recently about $320,000, but it was only $130,000 in Nebraska. Many people imagine downsizing and/or relocating in retirement in order to save money, but if you do so well before retiring, you might save even more. You may also be able to set down new roots and make new friends more effectively, being younger and more active.

Retiring early may be more possible than you think

Retiring early may not be as out of reach as you're assuming. Remember, for example, that you probably have some Social Security income to count on, reducing the amount of income you'll have to generate on your own via savings and investments. You can visit the Social Security website at www.SSA.gov to find out how much to expect from that program. If you're married, you might be able to collect more by coordinating when you start collecting with your spouse. Research some strategies for that. Here's a rough idea: The average Social Security retirement benefit was recently $1,412 per month, or about $17,000 per year. You might well collect more, though, and there are ways to increase your Social Security benefits, too.

Know that you can increase or decrease your benefits by starting to collect Social Security earlier or later than your "full" retirement age, which is 66 or 67 for most of us these days. Read up on strategies to maximize your benefits, especially by coordinating your actions with those of your spouse, if you're married. For example, the spouse with the lower expected benefits might start collecting early, so that the other spouse can delay starting to collect, making the ultimate benefits heftier.

If you figure that you'll need $55,000 per year in retirement, and you expect to collect around $25,000 annually from Social Security, that leaves $30,000 you'll need to generate yourself. If you already have $500,000 socked away, that could afford you around $20,000 annually, leaving you somewhat close to being where you need to be.

Many people are more able to retire early than they think. Give the topic some consideration, and crunch some numbers. See when you might be able to hang up your work suits -- for good.