Find out why these states made alternative arrangements -- and what it means for education professionals.

Social Security provides retirement benefits to more than 47 million retired workers at the end of their careers, as well as support to family members of those workers. The vast majority of workers earn benefits by paying into the Social Security system through payroll taxes.

Yet what many people don't realize is that there are some workers who aren't part of Social Security. They don't have to pay Social Security payroll taxes on their earnings during their careers, but they also can't count on the program to provide retirement benefits. In particular, teachers and other public sector workers in 15 states across the country get left out of Social Security in many cases. 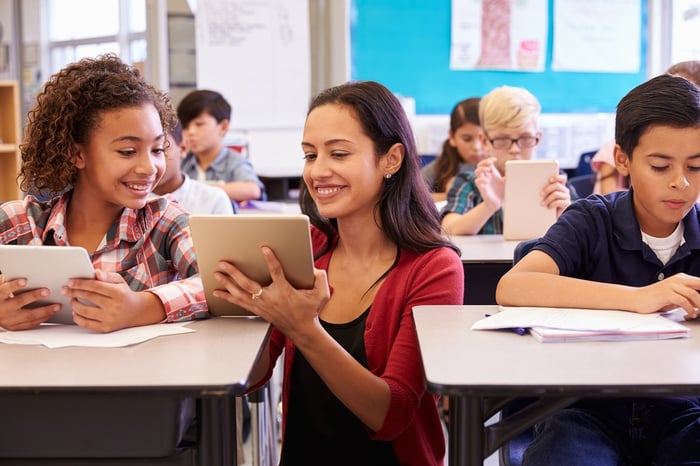 How Social Security works for most people

For most workers, participation in Social Security is almost automatic. Employees pay a 6.2% payroll tax to fund Social Security, which employers match dollar for dollar.

Once you've accumulated 40 Social Security credits -- which for most workers takes 10 years -- you're entitled to retirement benefits on your own work history. The longer you work in the Social Security system, and the more money you make, the larger your benefits will be.

The majority of states elected to enroll their government workers in Social Security. At that point, those workers started paying payroll taxes, and they earned their retirement benefits in the same way as any other worker.

What it means for teachers

However, the big problem that teachers in these states face is when they have some work during their careers that is covered by Social Security. In the 35 states that do participate in Social Security, total work history produces predictable and desirable results that are based on an entire career's worth of earnings.

By contrast, how Social Security interacts with public sector pensions doesn't always provide for a clean calculation of total benefits. For some, the Windfall Elimination Provision can take away a portion of Social Security benefits even when workers have otherwise met all the requirements. Others who are eligible for Social Security spousal benefits -- because the teacher's spouse qualifies for retirement benefits -- find that the Government Pension Offset can in some cases completely eliminate that potential Social Security payment.

If you work as a teacher in one of the states listed above, it's vital to understand the conditions under which your pension benefits will kick in. That way, you can use those figures to run calculations and determine what impact your pension will have on any Social Security benefits you're entitled to receive.