There are many advantages to retiring later in life. Not only can working until your late 60s or early 70s give you added opportunity to boost your nest egg, but it also allows you to leave your existing savings alone for longer. Plus, extending your career is a good way to grow your Social Security benefits.

But not everyone gets the opportunity to retire later in life, and this especially holds true for workers without a college degree. While working men with college degrees are retiring at an average age of 65.7, those with high school diplomas alone are retiring at an average age of 62.8, according to the Center for Retirement Research at Boston College. And that's something non-degree holders need to be aware of. 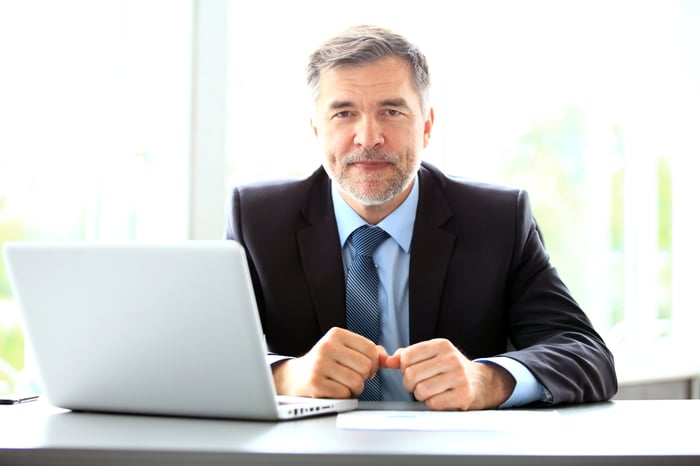 Aim for the best, prepare for the worst

The idea of having to retire sooner than planned isn't a new one. In fact, 60% of all U.S. employees wind up leaving the workforce earlier than expected, according to Voya Financial, and the reasons run the gamut from personal health issues to layoffs to needing to care for loved ones. But the fact that less-educated workers are more likely to retire earlier is troubling, especially since noncollege graduates tend to earn substantially lower salaries than their more-educated counterparts.

That earnings gap, not surprisingly, can have a huge impact on retirement savings. Case in point: The average household led by someone with a college degree has $116,900 in a retirement account, which is more than three times the $36,000 for households led by someone with just a high school diploma. In other words, noncollege graduates are not only more likely to be forced into early retirement, but also to get kicked out of the workforce with less money to their names.

To add insult to injury, if you're forced to retire before reaching full retirement age for Social Security purposes, you might end up claiming benefits early and reducing them for life. Talk about a double whammy.

If you're a noncollege degree holder, you must prepare for the fact that your career might end sooner than anticipated, and save for that eventuality. The good news, however, is that retirement plan contribution limits are fairly generous these days, especially if you're saving in a 401(k). At present, you can sock away up to $18,500 a year if you're under 50, or $24,500 a year if you're 50 or older.

If you don't have a 401(k) and are saving in an IRA, those annual limits are substantially lower -- just $5,500 for workers under 50, and $6,500 for the 50-and-over set. Still, if you commit to saving consistently at an early age, you stand to retire with a respectable sum, as the following table illustrates:

As you can see, the longer you wait to start saving for retirement, the less you stand to amass. Furthermore, the above calculations underscore the importance of investing aggressively. Our example assumes a 7% average yearly return, which is more than doable with a stock-heavy portfolio. Invest too conservatively, on the other hand, and your savings will grow at a much less impressive rate.

Now, if you're already in your 40s or 50s without much savings, you'll need to take steps to boost your nest egg -- even if that means cutting back on expenses or working a second job to drum up the money. The key, however, is to accept that there may come a point when you're forced to exit the workforce and live on your savings and Social Security before you're ready. And the more you do to prepare for that reality, the less financial stress you'll face when you're older.

Will Not Having a College Degree Drive You Into Early Retirement? @themotleyfool #stocks Next Article
Current