We're often told of the importance of saving for retirement, but it's hard to push ourselves to do better when life's immediate expenses keep staring us in the face. But if you're serious about ramping up on the retirement savings front, here's a new tactic that might help: actually picturing yourself during your golden years.

In fact, people who are able to actually envision their 60s, 70s, and beyond feel compelled to save considerably more in a retirement plan than folks who don't conjure up those same pictures. This data comes from Capital Group, which conducted an experiment to understand what motivates workers to save for the future. Half of the people recruited for its study were asked to envision their lives in retirement, while the other half were simply asked how much they thought they should save. The result? Those who were able to create an actual retirement picture thought they should save 31% more per paycheck than those who didn't envision retirement at all. 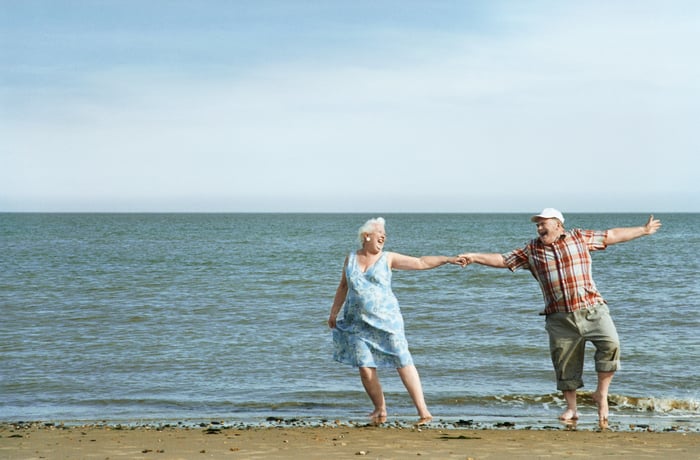 Of course, it's one thing to feel the push to save more, but it's another thing to have the means of doing it. If you're inspired to boost your savings, here are a few tips for making that happen.

1. Cut back on one expense every three months

You'll often hear that if you really want to do better on savings (retirement or otherwise), you'll need to go on a major expense-slashing spree. But let's face it: Depriving yourself of every single luxury you've come to enjoy is no way to live, and it's also not particularly practical.

A better solution? Aim to reduce one expense in your budget every three months, and put the difference into your retirement plan. That could mean ordering fewer takeout meals, canceling a magazine subscription, or lowering your mobile data plan. The specifics are up to you, but the idea is to make modest changes that you're capable of sustaining rather than make drastic changes that you end up reversing when you realize how much they're negatively impacting your quality of life.

In fact, let's say you're able to reduce your spending gradually so that a year from now, you have the ability to put an extra $100 a month into your IRA or 401(k). Let's also assume that by the time this happens, you're 40 years old. If you were to invest that money at an average annual 7% return (which is a few percentage points below the stock market's average), you'd have an additional $113,000 by your 70th birthday.

Many people who work a second job do so because their regular paychecks don't allow them to make ends meet. That said, of the millions of Americans who currently hold down a side hustle, 14% do that extra work for the express purpose of being able to save for retirement.

3. Bank your bonuses and raises

Over the course of your career, you're apt to wind up the happy recipient of extra cash -- usually in the form of a bonus or raise. And if you make a point of saving that money for retirement rather than spending it, you'll boost your nest egg without really coming to miss it.

It's challenging to save for things that sound nice in theory but don't actually mean anything to us in practice. If you're lacking motivation on the retirement savings front, try imagining what it might be like to travel the world, do interesting things, and enjoy the freedom of having money to spend at a time when your schedule is unrestricted. And then do what you need to do to turn that dream into reality.