Though Americans in their 60s have a median savings balance of $172,000, there are plenty of older workers without so much as a dime in an IRA or 401(k). If you're one of them, you should know that time is, unfortunately, running out to secure your upcoming retirement. But if you make the following moves, you might manage to salvage your golden years after all.

Maybe you've neglected your nest egg to date, but that doesn't mean you can't start doing better. As long as you're still collecting a paycheck, you have a decent opportunity to amass some savings in time for retirement -- even if you're already in your 60s. 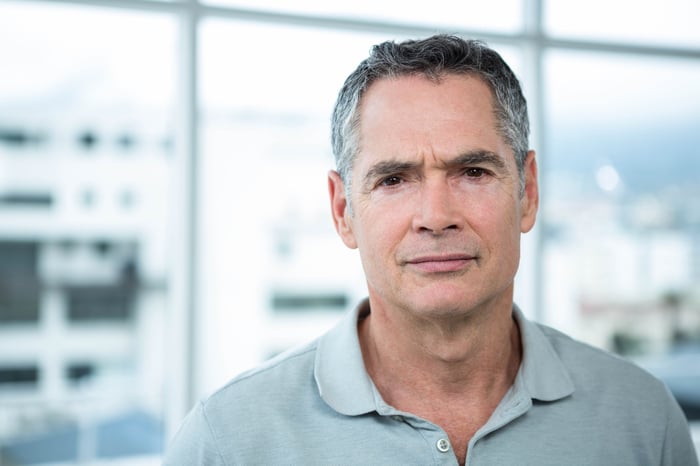 Currently, workers 50 and over can contribute up to $6,500 a year to an IRA and $24,500 to a 401(k). If you max out the latter for seven years, you'll end up with about $200,000 to work with, assuming your investments are able to generate a moderately conservative 5% average annual return during that time.

Is $200,000 a ton of money for retirement? Not really, especially if you end up living a longer life. But it is better than nothing. And, you'll notice it's more than the median $172,000 workers in their 60s have today.

Now if you don't have access to a 401(k) and are limited to an IRA, maxing out won't get you quite as far. Case in point: Contributing $6,500 a year to an IRA over seven years will only leave you with about $53,000, assuming that same 5% return. That said, you could always save above that level in a traditional brokerage account. Though you'll lose the tax benefits of an IRA or 401(k), you'll still get an opportunity to invest and grow your wealth. Another option? See about putting that extra money into an annuity, which can provide income to you later in life.

Once you enter your 60s, you get one step closer to being able to collect Social Security. That's because eligible recipients are allowed to start claiming benefits as early as age 62. That said, you shouldn't even think about filing before full retirement age (which, if you're in your 60s today, is age 66 or age 66 and a certain number of months). Quite the contrary -- you should hold off on taking benefits as long as possible to boost them as much as you can.

For each year you delay Social Security past full retirement age, you'll accrue delayed retirement credits that boost your benefits by 8% a year. Once you turn 70, you'll stop accumulating those credits, which means there's no sense in waiting past that point, but if you hold out until then, you'll secure a higher income stream for life.

Currently, the average senior collects roughly $1,400 a month in Social Security. If that's what you're entitled to at a full retirement age of 66, but you don't file until 70, you'll be eligible to collect $1,848 a month instead. And that's a good way to compensate for a lack of savings.

Americans are living longer these days, with one in four 65-year-olds making it to 90 or beyond. If you're in your 60s without savings, extending your career is a good way to help ensure that you don't run out of money later in life.

Working into your 70s offers a few benefits. First, the longer you work, the more opportunity you'll have to save money. Just as importantly, working longer will allow you to leave your nest egg untouched for longer, thereby stretching whatever limited savings you have acquired. Finally, working into your 70s might allow you to hold off on claiming Social Security for as long as possible, thereby getting the highest monthly benefit you're eligible for. And because the outlook for seniors is so much better today than it was in years past, there's a good chance that if you work into your 70s, you'll still have plenty of retirement years ahead of you.

It's one thing to have no retirement savings in your 40s or 50s. But if you're in your 60s without a dollar to your name, it's time to get serious. The last thing you want is to subject yourself to years of financial struggles when you're older, but if you make the above moves, you won't have to.

In Your 60s Without Retirement Savings? Make These 3 Moves Today @themotleyfool #stocks Next Article
Current