An early start pays off later on.

With college costs continuing to climb, it's more crucial for you to start saving as early as possible. Some parents, in fact, go so far as to begin funding college accounts before their children are even born. Still, not everyone gets such a jump-start, and the ones who don't risk falling short when the tuition bills come due.

Thankfully, a growing number of families are recognizing the importance of getting that early start. In fact, 37% of parents are putting money aside for college before their children reach the age of two years old, according to Fidelity Investments. And the more families follow suit, the less of a burden college will become on the whole. 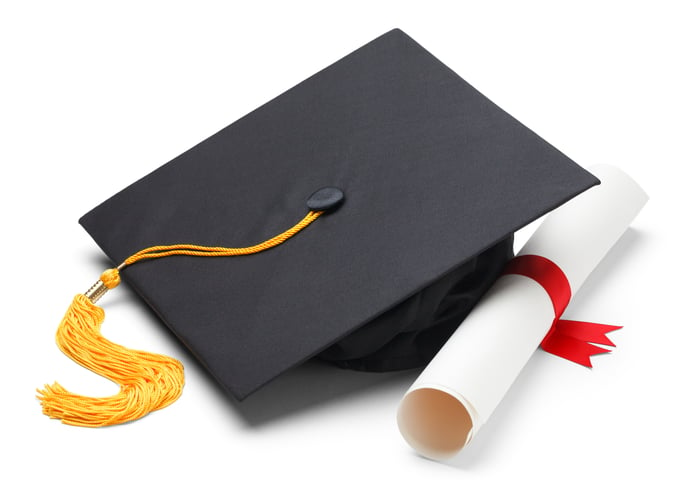 Don't wait to save for college

College has always been expensive, but in recent years, tuition costs have been well outpacing the general rate of inflation. The best way to keep up is to give yourself the lengthiest savings window possible, all the while investing your money efficiently so that it grows appropriately.

Many parents struggle to keep up with the costs of raising an infant, from diapers to clothing to child care, so starting to fund a college account at an early age might be a challenge. But if you really want a shot at covering the bulk, if not all, of your child's higher education costs, you'll need to prioritize college from the get-go. Check out the following table, which shows what your savings efforts might amount to depending on when you first start putting money aside:

To give these numbers some context, the average cost of tuition and fees for a four-year public in-state school is $10,230 for the 2018–2019 current academic year, while room and board run $11,140, on average. Therefore, if you were to manage to save $67,000 in time for your child to go to college, based on today's rates, you'd be in a position to cover more than 75% of his or her education costs at a public in-state four-year school, dorm fees included.

Of course, those rates are likely to climb over time, but the point is that if you start saving early on, you stand a greater chance of making a dent in those eventual bills. On the flip side, the longer you wait to start saving, the more you put yourself and your child at risk of racking up serious debt to pay for college.

While saving for college from an early age is the first step toward funding your child's education, it's just as important to save your money efficiently. That's why you'd be wise to consider a 529 plan. When you save in a 529, you get to invest your money, as opposed to leaving it in the bank to collect 1% or 2% interest per year. In fact, the 7% used in the table above is a reasonably attainable figure for 529 savers because it's a few percentage points below the stock market's average.

Keep in mind that if you wait until your child is in high school to save for college, you'll need to invest less aggressively and, as such, might see a lower return. But if you give yourself a savings window of 10 years or more, you might easily score that sort of return or higher.

Another good reason to open a 529 is that your money gets to grow tax-free while you're saving. This way, you get to reinvest your account's gains year after year rather than lose a portion of them to the IRS.

The one caveat with 529 plans is that you risk getting hit with a 10% penalty for funds not used for educational purposes. On the other hand, that penalty applies only to the gains portion of your account and not its principal. Furthermore, 529s give you the flexibility to transfer funds between beneficiaries so that if, for example, you overfund one child's account (say, because that child gets a big scholarship), you can use that money for a second child.

The earlier you start saving for college, the more manageable it will be, so take a lesson from the 37% of families who set money aside when their children are mere infants. You'll be thankful you did later on.