Please ensure Javascript is enabled for purposes of website accessibility
Log In Help Join The Motley Fool
Free Article Join Over 1 Million Premium Members And Get More In-Depth Stock Guidance and Research
By Maurie Backman – Nov 9, 2018 at 6:08AM

Though filing early has its drawbacks, claiming benefits at 62 can work out quite well.

Chances are, Social Security will play a significant role in your retirement, which means you'll want to be smart about claiming benefits to get the most money possible. Though your benefits themselves are calculated based on how much you earned during your top 35 working years, that figure can change depending on when you initially choose to file.

Seniors get an eight-year window to claim benefits that begins at age 62 and ends at age 70 (well, technically, you don't have to file once you turn 70, but there's no financial incentive not to at that point). Right in the middle of that window is full retirement age, or FRA, which is when you're allowed to collect the full monthly benefit your work record entitles you to.

FRA, depending on when you were born, is either 66, 67, or 66 and a certain number of months. And while you don't have to wait until FRA to file for benefits, claiming ahead of FRA means reducing the amount you collect from Social Security each month. 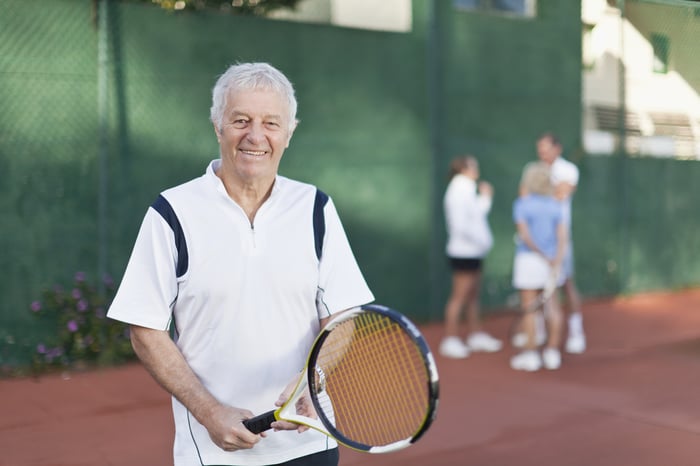 The extent of that reduction will depend on how early you file, but if you claim benefits at 62 and your FRA is 67, your monthly payments will be slashed by about 30%. And unless you happen to undo your application and then file again at a later date, that reduction will remain in effect for the rest of your life.

This is why you'll often hear that taking Social Security at 62 is a bad idea. But here are three reasons why the opposite may be true.

You might plan to work well into your 60s and hold off on Social Security for as long as you continue to collect a paycheck. But as they say, life happens, and you may find yourself out of work earlier than expected due to either health issues or layoffs at your company. Either way, if you don't have income to count on from a job and your savings aren't enough to cover your expenses, it pays to start taking benefits as soon as you can to avoid falling behind on your bills and running into issues with debt.

Social Security technically is designed to pay you the same lifetime total in benefits regardless of when you initially file. The logic is that, while filing early reduces each payment you receive, you also get a greater number of individual payments. That formula, however, only applies to seniors who live an average life expectancy. Therefore, if your health is poor and you have reason to believe you'll pass away sooner than your peers, it makes the most sense to start collecting benefits as early as you can.

3. You've earned the right to not have to wait

The logic behind waiting on Social Security is to grow your benefits. But if you've saved well all of your life and now want the money to spend on leisure, you might as well go for it. We never know what the future holds; just because you're healthy today doesn't mean that will be the case in three, four, or five years from now.

It also stands to reason that you'll have more energy to enjoy things like travel and entertainment when you're 62 as opposed to later on in your 60s. Therefore, if you can afford to take a hit on your monthly benefits and doing so will allow you to enjoy your golden years sooner, then you deserve to use that money when you please.

Don't believe the myth that filing for Social Security at 62 is always a bad idea. In some cases, it's a very good idea, and one that will serve you well financially in retirement.