Have you ever stood at an ice cream counter and felt torn between the prospect of vanilla versus chocolate, all the while holding up the line while you contemplate your choices? Some of us are naturally better at making decisions than others, but while relatively inconsequential choices, like the outfit we'll wear or the restaurant we'll dine at, ultimately won't wreak much havoc on our minds, it turns out financial decisions -- you know, the important ones that could impact our future -- might actually have the ability to hurt our brains.

Financial decisions require more concentration than regular, run-of-the-mill choices, and as such, they have the ability to actually impact brain function, according to research released by Northwestern Mutual. The problem, of course, is that the associated stress can lead to poor decision making, which is why the point of the aforementioned study is to highlight the benefits of seeking the help of a financial professional for such high-impact choices. Specifically, when people get assistance with financial decisions, their brains are able to better relax, concentrate, and take more reasonable action. 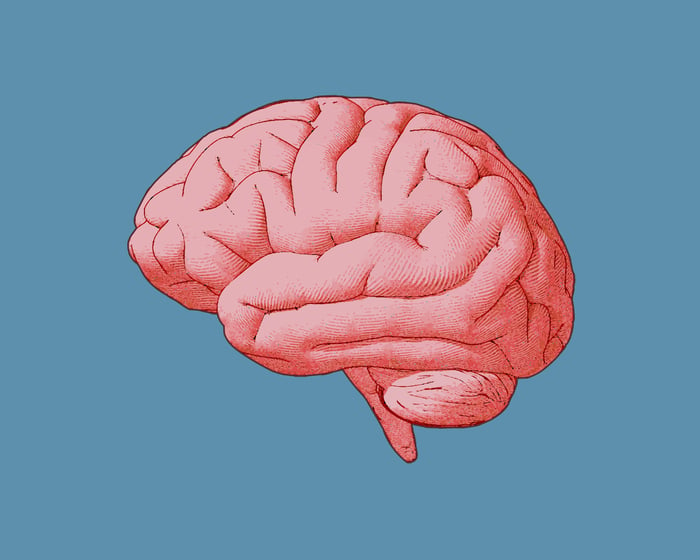 The thing about financial advice is that it's not a one-size-fits-all sort of deal. But there are some universal pieces of financial guidance that can serve you well regardless of your personal circumstances. Here are a few tidbits that might help guide some of the financial choices you'll eventually have to make -- and spare you the brain drain in the process.

A commonly challenging conundrum is the decision to spend more money now and have less later in life or do the opposite. The answer might boil down to a reasonable middle ground: socking away 20% of your earnings but spending the rest.

Let's face it: Your retirement isn't going to pay for itself, and your Social Security benefits will only pick up a portion of your overall living tab during your golden years. So rather than strain your brain to determine how much you should be saving, aim to set aside 20% of your earnings consistently, and know that in doing so, you'll be setting yourself up for a comfortable retirement.

2. Don't take on too much housing debt

One of the biggest financial decisions you might ever have to make is whether to buy a home and how much you should spend on that home. So here's something that will make that choice easier: Under no circumstances should you take on a mortgage whose monthly payment, combined with your insurance and property tax costs, exceeds 30% of your take-home pay.

It doesn't matter how much of a mortgage you ultimately get approved for. Housing is the typical American's greatest monthly expense, and by sticking to that 30% threshold, you'll be keeping your spending at a reasonable level, thereby giving you ample room in your budget to not fall behind on other bills and obligations.

3. Stock investments tend to pay off in the long run

You've probably heard that rather than store all of your accumulated savings in your sock drawer or even the bank, you should invest your money for added growth. Where to invest, however, is a question that can cause many an inexperienced soul to lose sleep. So rather than rack your brain for an answer, here's a good one: As long as you're dealing with money you don't expect to need or use for the next 7 to 10 years, investing in stocks is a solid bet.

The stock market, despite numerous bouts of volatility in its lengthy history, has a tendency to come out ahead in the long run. In fact, in the past 100 years, it's averaged a roughly 9% average annual return despite a series of corrections and recessions that caused its value to plummet temporarily along the way. This means that if you were to invest $20,000 in stocks today, do nothing, and access your portfolio 20 years later, there's a good chance you'd be looking at $112,000, assuming the 9% average annual return we just talked about.

Of course, buying stocks isn't something you should do blindly, but if you familiarize yourself with how to navigate the process, a little effort might go a long way. And if you're really uncomfortable with the idea of choosing individual companies to invest in, load up on index funds instead. These funds track existing indexes to give you broad exposure to the stock market, and while you'll still need to read up on their performance, it's not as cumbersome a process as researching corporations one by one.

Financial decisions don't have to be painful to navigate. Follow these basic rules, and your brain will thank you for taking a load off.