Relying too heavily on Social Security is a recipe for disaster.

Millions of seniors today collect Social Security and use that money to help pay their living expenses. It's not surprising, then, to learn that 39% of Americans think they won't be financially secure in retirement without those benefits, according to data from Provision Living. The problem, however, is that Social Security is facing some serious financial challenges that could leave future recipients out in the cold on the benefits front. A greater issue is the fact that Social Security was never designed to sustain seniors by itself in the first place.

Let's be clear: Social Security is by no means going broke. Because the program is funded by payroll taxes, as long as we have a workforce and continue to uphold the current practice of taking out Social Security taxes from earnings, there will be a means of paying out benefits. That said, once the program's trust funds run out, which could happen as early as 2034, Social Security might have to cut benefits by as much as 21% (and that figure has the potential to rise, depending on how the program's finances play out). 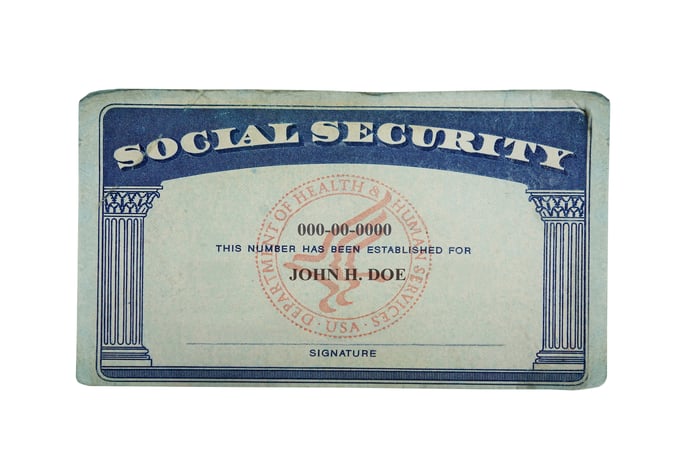 Clearly, that's bad news for current and future beneficiaries alike. It also means that seniors might need to rely even further on their own savings to stay afloat financially in retirement, especially when we consider that Social Security, even in its strongest state, won't cover the bills by itself.

Right now, Social Security is meant to replace about 40% of the average earner's preretirement income. Most seniors, however, need roughly twice that amount to live comfortably, and while cutting corners can help compensate for a lack of savings, living on Social Security alone generally isn't an option.

Now when we read that 39% of Americans feel they need those benefits to be financially secure in retirement, it doesn't necessarily mean that they aren't saving or that we have a full-blown crisis on our hands. Those benefits will be around in some shape or form, and even if they get cut, they'll still provide some income to those who collect them.

In fact, the average recipient today gets roughly $17,500 a year from Social Security, so even if that figure were to drop by 21%, that's still close to $14,000 a year, which is nothing to scoff at. At the same time, workers who think they'll depend on Social Security to pick up a large chunk of their total retirement tab should proceed with caution and step up their savings game, especially when a future reduction in benefits is a distinct possibility.

The more you're able to save for retirement during your working years, the less you'll have to bank on Social Security when you're older. Currently, workers under 50 can contribute up to $18,500 annually to a 401(k) and $5,500 to an IRA, while those 50 and older can contribute up to $24,500 to the former and $6,500 to the latter. These limits are also increasing by $500 apiece for 2019, thereby providing an even greater opportunity to save.

Of course, many folks will inevitably struggle to max out a 401(k), and some might have a hard time maxing out an IRA. The key, therefore, is to save as much as you reasonably can for as long as you can, and hope that your investments generate a high enough return to grow your modest contributions into a sizable sum over time. If you invest your savings heavily in stocks, however, there's a good chance you'll snag an average annual 7% return, since the stock market's historical average is closer to the 9% mark.

The following table will give you an indication of how much wealth you might accrue if you save steadily throughout your career and load up on stocks in your 401(k) or IRA:

While there's nothing wrong with factoring Social Security into your retirement plan, don't make the mistake of relying too heavily on those benefits, especially when you have plenty of options for building wealth yourself. Otherwise, there's a good chance you'll end up disappointed when your golden years roll around.