Many workers look forward to retirement and the opportunity to enjoy life without the restrictions of a full-time job. But making a full-fledged break from the workforce is easier said than done. Here are a few reasons why retirement is no longer the sure thing it might've been years ago -- and what you can do about them.

It used to be that if you worked for the same company for an extended period of time, that employer would, in turn, provide you with a pension that paid you a certain percentage of your former income in retirement. But these days, most employers are forgoing pensions in favor of less expensive 401(k) plans. In fact, in 2017, only 16% of Fortune 500 companies offered employees a pension. 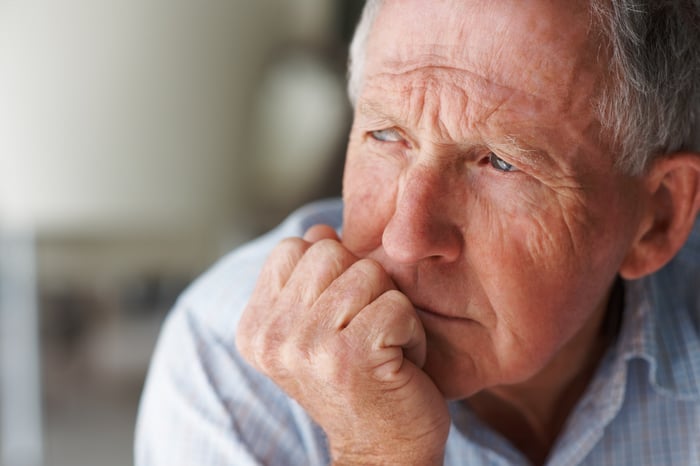 The result? The burden of socking away funds for retirement now falls on individual workers, many of whom have too many expenses to carve out a decent chunk of savings. Additionally, whereas employers are responsible for investing pension dollars to cover their eventual obligations to employees, individual workers who save in their companies' 401(k)s bear all of the investment risk involved. Those who choose their investments poorly, or invest too conservatively, can easily wind up falling short in retirement.

On the other hand, if you have access to a 401(k), you can amass some substantial wealth by contributing to it steadily over time. Though the annual contribution limits are currently $18,500 for workers under 50 and $24,500 for those 50 and older, saving even $500 a month over a 40-year period will produce a roughly $1.2 million nest egg if that money is invested at an average annual 7% return. That 7%, however, is actually a few percentage points below the stock market's average, which means loading up on stocks is a smart bet.

Now your plan might not allow you to invest in individual stocks, but if that's the case, seek out stock-focused mutual funds, which offer built-in diversification. Better yet, load up on index funds, which offer that same benefit only with lower fees.

It's no secret that Americans are all too willing to rack up debt, but it might surprise you to learn that almost 50% of seniors 75 and over have outstanding debt. The problem, of course, is that any level of debt can eat into one's limited retirement income, thereby creating a situation where it's a struggle to keep up with expenses.

If you find that you're still in debt as retirement nears, paying it off before bringing your career to a close could spell the difference between a comfortable retirement and one ridden with stress. In that case, your best bet is to take a look at your existing debts and pay the costliest ones (generally your credit cards) first. From there, you can move on to tackle student debt (which a surprising number of seniors have) and mortgage debt (which 30% of seniors today don't manage to shake before retiring).

In some cases, you might need to work longer to eliminate your debt prior to retirement. In others, you might choose to take on a second job during the latter part of your working years, both to drum up extra cash and give yourself a viable gig to carry with you into retirement. Either way, don't make the mistake of ignoring your debt and regretting it once your golden years kick off.

Though Social Security was never designed to sustain retirees in the absence of additional income, those benefits do play a big role in helping seniors avoid poverty and cover some of their bills. Unfortunately, Social Security is facing a major revenue shortfall that, if left unaddressed, could result in a substantial reduction in benefits as early as 2034. For current and future retirees, the consequences could be downright catastrophic.

That's why it's crucial to save for retirement independently, and rely less heavily on Social Security. Though the program is by no means going broke, recent projections indicate that recipients might be looking at a 21% benefits cut in the future. For the average beneficiary, that's a loss of roughly $3,700 of income each year. On the other hand, if you take steps to build your own nest egg, you won't have to worry as much about Social Security, and can instead use your benefits as bonus cash, so to speak, rather than rely on them to cover your expenses.

It's not easy to retire these days, what with pensions being a thing of the past, debt levels among seniors being as high as they are, and Social Security's future looking unstable at best. But if you take steps to save for your golden years and get out of debt before entering them, there's a good chance you'll manage to pull off retirement after all.