Hint: It's more than what most folks have in savings.

How much savings will it take to retire? If there was a clear-cut, universal answer to that question, saving for the future would be a far less daunting prospect. Unfortunately, there is no magic number that guarantees financial security down the line, but for some reason, Americans seem pretty set on $610,000. In a new study by Provision Living, that's the figure working adults, on average, feel they need to cover their expenses once their careers come to a close.

But just because U.S. adults think they'll need $610,000 to retire doesn't mean they'll actually get there. In fact, most expect to have only $276,000 saved by the time their golden years roll around.

No matter what your personal savings target happens to be, if you're not confident you'll get there, there are steps you can take in the coming years to increase your odds. And the sooner you start, the better. 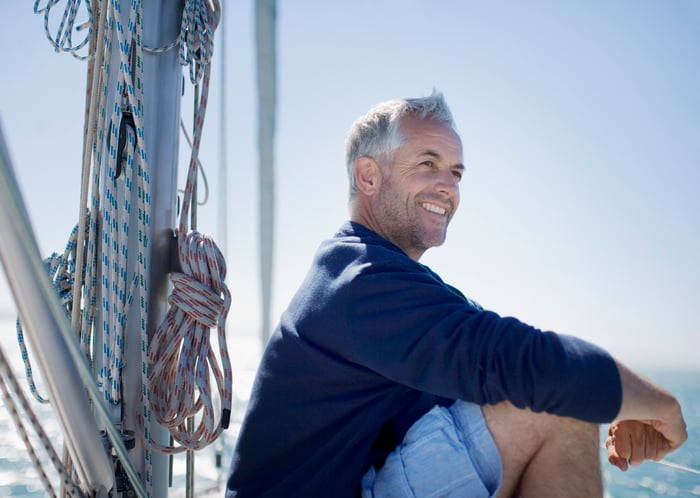 Meeting your retirement savings goals often boils down to making sacrifices in the near term. The good news, however, is that if you save steadily, you don't necessarily have to part with a huge chunk of cash each month. Case in point: Setting aside just $250 a month over a 40-year period will leave you with about a $600,000 nest egg, provided your investments generate an average annual 7% return during that time.

Now, if you don't have another 40 years in the workforce, you'll need to step up your savings game. And you can start by taking a look at your budget, or creating one if you don't yet have one in place, and cutting as many corners as you can. Downsizing to a smaller living space and scaling back on costly restaurant meals, for example, might put several hundred dollars back in your pocket each month, and that's money than can go directly into your 401(k) or IRA.

Another option? Get a side hustle. The beauty of taking on a second gig is that the money you earn from it won't already be earmarked for existing bills. As such, you should have no problem saving all of it.

Finally, make a point of banking every raise or bonus you get between now and retirement. Since you won't already be in the habit of using that extra money, it shouldn't be too difficult to part with (and technically, you're not parting with it, but rather, saving it for later).

Understanding the lifestyle your savings will buy you

Of course, to even be in a position to know whether your savings are on track for retirement, you'll need to understand what your retirement plan balance means in terms of actual, usable income. After all, if you retire with $610,000, you're not going to just withdraw all of that cash and blow it at once. Rather, you'll need to figure out what sort of withdrawal rate to apply to your savings and see what it gives you.

For years, financial experts have said that an annual 4% withdrawal rate is the right rule of thumb for retirement. Studies have even shown that sticking with 4% increases your chances of not depleting your nest egg prematurely. Therefore, if you're looking at a balance of $610,000 going into retirement, withdrawing 4% each year will give you an annual income of roughly $24,400. Keep in mind that you'll probably collect Social Security on top of that, and that the average recipient today gets about $17,500 a year in benefits. When we add up those two figures, it brings us to about $42,000. If that sounds like an income you can comfortably live on, then by all means, aim to enter retirement with $610,000. But if you're used to a more extravagant lifestyle and want to uphold one as a senior, you might need to save more.

Similarly, if you feel you can get by on less money, go ahead and save a little less -- within reason, of course. You never know when healthcare or other expenses might pop up, so it's always best to push yourself to sock away as much as you can. The point, however, is that the income most people need to live comfortably in retirement isn't necessarily what you'll need. Figure out what your own magic number is, and do what it takes to get there in time for your golden years.