Did you know that the IRS encourages long-term investing? Specifically, the capital gains tax the IRS charges Americans on their investment profits is considerably less when you've held an investment for longer than a year. 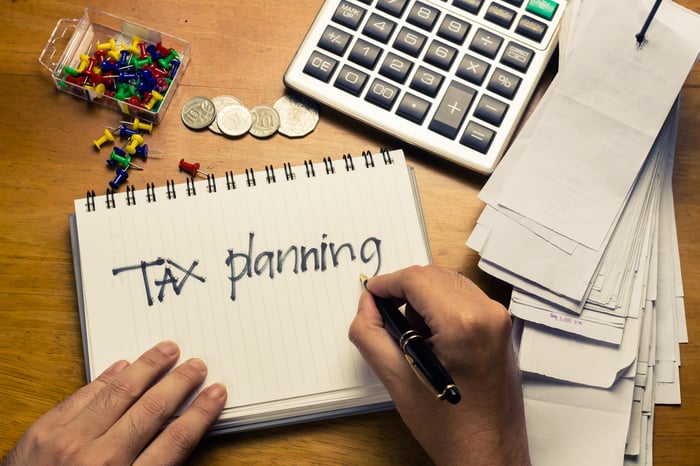 On the other hand, if you owned the asset for at least a year and a day, any profit made upon the sale of the asset is considered a long-term gain and is taxed at preferential rates.

With that in mind, here's a look at the 2019 long-term capital gains tax brackets:

In addition to the rates listed in the table, higher-income taxpayers may also have to pay an additional 3.8% net investment income tax.

How much could the long-term capital gains tax rates save you?

To illustrate just how valuable these long-term capital gains tax rates can be for investors, here's a simplified example.

Let's say that you're married and that you and your spouse file a joint tax return. To keep the numbers simple, we'll say that you have combined taxable income of $200,000 in 2019, which puts you firmly in the 24% marginal tax bracket.

Think twice before selling winners after just a few months

The long-term capital gains tax rates are designed to encourage long-term investment and are yet another reason why it can be a bad idea to move in and out of stock positions frequently.

Specifically, it can be tempting to sell winning stock positions quickly in order to lock in gains. However, be aware that the higher tax rates that apply to short-term gains can take a big bite out of your profits. It's generally a bad idea to sell stocks simply because they went up in value, as long as the initial reasons you bought the stock still apply. And the lower long-term capital gains tax rates make buy-and-hold investing even more attractive.