It's all about setting priorities.

Though millennials are often pegged as entitled money-wasters who couldn't save a dime if their lives depended on it, the fact that of the matter is that many are doing a great job of socking away funds for the future. An impressive 81% of millennials are saving in a retirement plan, according to data from Discover, whereas only 74% of Gen Xers and 77% of baby boomers are doing the same.

In fact, millennials are so intent on building wealth that they've set some pretty substantial goals for themselves in that regard. Almost two-thirds of millennials want to save $1 million or more by age 45, according to investment platform YCharts. 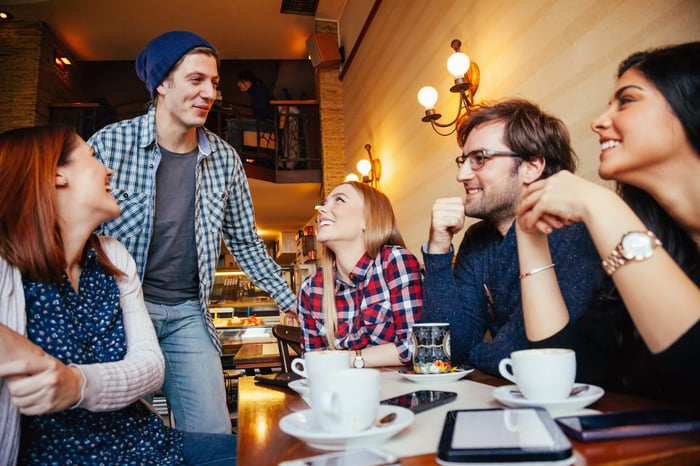 Younger millennials are even more aggressively minded. One-third of adults aged 22 to 29 say they want to accumulate $1 million by age 35, if not sooner.

Now on the one hand, these goals might seem totally unrealistic. But the fact of the matter is that with the right level of savings and a solid approach to investing, they are, in fact, achievable.

Building wealth quickly: It can be done

Accumulating $1 million might seem like an unreasonable thing to do within a limited time frame, but those who prioritize their savings above all else just might come out successful. As of 2019, workers under 50 will be allowed to contribute up to $19,000 a year to a 401(k) plan. So let's assume we're looking at a 22-year-old with nothing saved. If that individual maxes out a 401(k) at $19,000 a year between the ages of 22 and 45, and generates an average annual 7% return on his or her savings, that person's ending balance will be $1 million and change. And that 7% return is more than feasible -- it's actually a couple of percentage points below the stock market's average.

Of course, folks who play it too safe with their investments won't see nearly the same return, nor nearly the same level of growth. The beauty of being young, however, is having the ability to load up on stocks without having to worry about near-term volatility.

Now hitting that $1 million goal by 35, on the other hand, is less realistic. Most folks don't fully enter the workforce until age 21 at the earliest. Socking away $19,000 a year between ages 21 and 35 at an average annual 7% return will only produce a total of $428,000. Even if we apply a hyper-aggressive 12% return, which is several points above the stock market's average, we're still only looking at $615,000.

That said, these figures make some assumptions. First, they assume that the saver in question is only socking away funds in a 401(k). It's possible to save in a non-tax-advantaged account (i.e., a traditional brokerage account) on top of a 401(k), but doing so isn't quite as effective, since it means paying taxes on investment gains year after year rather than getting to reinvest those proceeds. These figures also assume that 401(k) limits won't change over time when, in reality, they're likely to rise.

Still, the takeaway is that it is possible to amass $1 million by age 45, provided that savings are prioritized from the get-go and invested aggressively in stocks. And since 53.3% of millennials are currently saving more than 12% of their pre-tax income, it's possible that we'll see more of them becoming millionaires by the time they reach their mid-40s.