Life is dangerous. No matter what we're doing, there are mistakes we might make -- and some of them can be costly. If you use salt instead of sugar when making cookies, it will be a small disaster. But if you make certain blunders when it comes to saving and investing, you could put your retirement at risk.

Here's a look at a huge mistake that millions of people are making: not starting to save and invest for retirement early enough. If you're one of those people, it could easily cost you $100,000 or more. 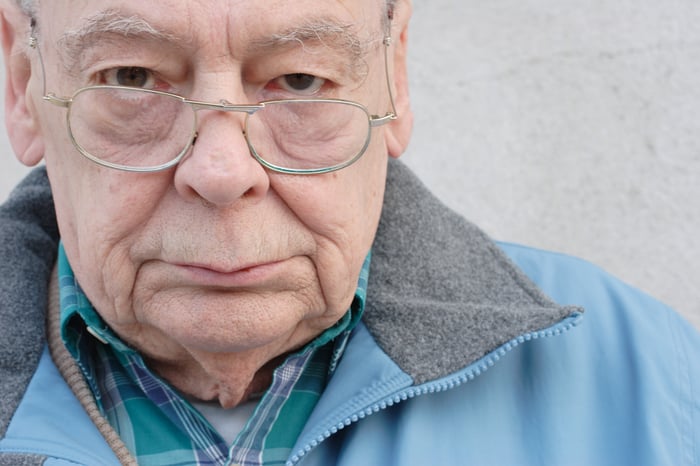 If you feel that you're a bit behind in your retirement savings, there's good news and bad news. The bad news is that you may be much more behind than you thought. The good news (well, sort of) is that you're not alone, and you may still be better off than most. Here's a look at Americans' savings status, per the 2018 Retirement Confidence Survey:

The number that seems most promising here is the 38% of those 55 and older who have socked away more than $250,000. But it's not as rosy as it looks. For one thing, $250,000 isn't likely to support many people too long in retirement, and 55-year-olds may only have a decade or less left before they retire -- not a lot of time in which to make their nest eggs way bigger.

The huge mistake -- not starting to save and invest ASAP

The biggest mistake many people make is underestimating the value of time — and it can apply no matter how old you are. If you put off saving and investing for retirement for just one year, you can lose out on a lot of money. Yes, your nest egg might not grow that much between this year and next, but the eventual difference can be huge. Check out the table below:

But let's zoom in on that table to see the difference a single year can make. Imagine, for example, that if you start saving and investing now, you'll be able to do so for 25 years before retiring. If you put it off and start next year, you'll have only 24 years to retirement:

The table above shows that if you sock away $15,000 annually for 25 years, you can amass $1.2 million -- but if you only do so for 24 years, you end up with $1.1 million. The difference is actually around $102,727. That's a rather hefty sum, and it could be quite useful in retirement, perhaps supporting you for two years.

There are similar differences across the board -- whether you start a year later or five years later, and whether you're saving $5,000 annually or $25,000 annually. The later you start saving and investing, the more money you leave on the table: very possibly, hundreds of thousands of dollars.

So get started as soon as you can. And if you've already started saving and investing, consider increasing how much you're socking away. After all, your earliest-invested dollars will have most time in which to grow -- they're your most powerful dollars. Figure out how much money you'll need to retire, and how you'll amass it.