Please ensure Javascript is enabled for purposes of website accessibility
Log In Help Join The Motley Fool
Free Article Join Over 1 Million Premium Members And Get More In-Depth Stock Guidance and Research
By Maurie Backman - Updated Jan 11, 2019 at 7:39AM

Here's the deadline for submitting your return -- and why it pays to get moving on it as early as possible.

The 2019 tax season is bound to be an interesting one, since it's the first following the massive overhaul that came into play for 2018. And the sooner you mark this year's filing deadline on your calendar, the sooner you'll be motivated to get your paperwork in order and start working on that return.

Without further ado, this year's tax filing deadline is April 15, 2019. Now this news isn't particularly surprising, since April 15 has long been the date on which taxes are due. For the past two years, however, the tax filing deadline has been pushed back several days because April 15 fell out over a weekend and the following weekday conflicted with Emancipation Day, a legal Washington, D.C. holiday. As such, there could be lingering confusion over when taxes are due this year.

Now that that's out of the way, it pays to get moving on your taxes well in advance of that April 15 deadline. The sooner you do, the better a financial position you'll be in, regardless of whether you're due a refund or owe the IRS money. 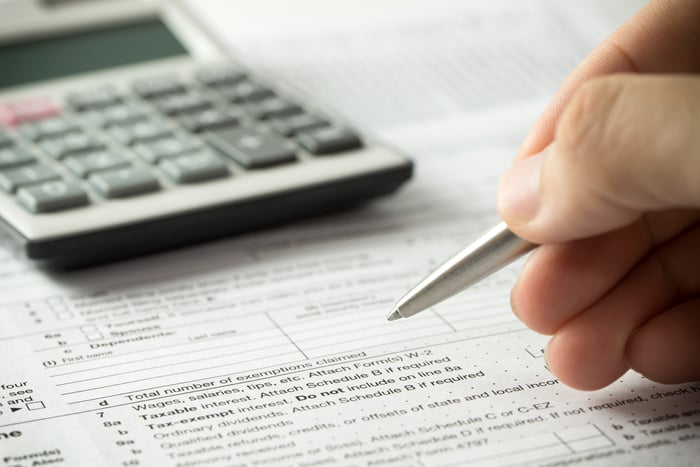 Don't wait till the last minute to do your taxes

Many of us tend to put off our taxes because, well, dealing with them isn't exactly fun. But the more you delay that return, the more you stand to lose out. For one thing, if you're due a refund from the IRS, you'll be blocked from getting it until your return is submitted. Secondly, if it turns out you owe the IRS money, it'll help to know sooner rather than later. This way, you'll buy yourself some time to scrounge up that cash, as opposed to having to scramble at the last minute (or, worse yet, miss the April 15 deadline and start accruing interest on your unpaid balance).

Now keep in mind that to do your taxes, you'll need a few key forms that might not reach you until early February. If you're a salaried employee, you'll need your W-2, and employers have until January 31 to send those out. If you're a contract worker, you'll need however many 1099 forms pertain to you, and again, the deadline for employers to submit them is January 31. Once those come in, however, there's no excuse to procrastinate.

Another thing to do sooner rather than later this tax season? Find yourself a good tax preparer. Changes to the tax code in 2018 might make this tax season more confusing than it's been in years past, so if your return is at all complicated, it might pay to enlist the help of a professional. Tax preparers, however, are generally swamped between February and April, and seeing as how they're all navigating the new laws for the first time, you might have a harder time than ever getting the assistance you need -- so don't delay.

While it might seem like you have plenty of time to file your taxes before the deadline, the truth is that it never hurts to just get them over with. So while you technically have until April 15 to submit your return, you're better off carving out some time in February or March to tackle it.