Social Security might serve as an important income source for you in retirement. That's why it pays to understand exactly how the program works.

Millions of seniors count on Social Security to pay their bills, and if you expect to join their ranks, you'll need to wise up on how the program works. Here are three Social Security rules it especially pays to commit to memory.

Many folks make the mistake of not saving for retirement, thinking they'll just fall back on Social Security to cover their expenses when they're older. The reality, however, is that Social Security was never designed to sustain retirees by itself. Those benefits will only replace about 40% of your previous income if you're an average earner, and if you're a high earner, they'll replace an even smaller percentage.

That's why it's crucial to build independent savings for retirement. Most seniors need about 80% of their former earnings to live comfortably, so if Social Security only makes up half of that, the rest will need to come from somewhere -- namely your IRA or 401(k). 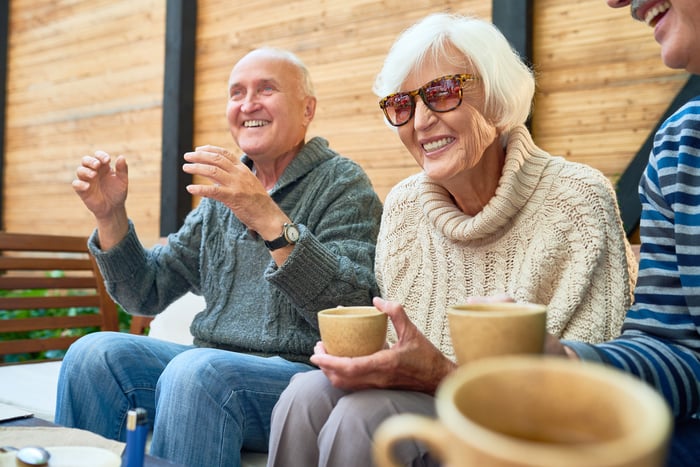 2. The earlier you file for benefits, the lower they'll be

Though your Social Security benefits will be calculated based on your 35 highest years of earnings, the age at which you file for them will impact your payments. You're allowed to claim benefits as early as age 62, and while you can technically file for them as late as you want, there's no sense in waiting past 70 (which we'll discuss in a bit). In the middle of that window is full retirement age, which, depending on your year of birth, is either 66, 67, or 66 and a certain number of months.

Waiting until full retirement age guarantees that you'll collect the full monthly benefit your earnings record entitles you to. Filing before that age, however, means you'll face a reduction in benefits. And on the flip side, for each year you delay benefits past full retirement age, you'll boost them by 8% a year. This incentive, however, runs out at age 70, which is why it doesn't make sense to delay benefits past then. The point, however, is that the earlier in life you file for benefits, the less money you'll receive in Social Security each month.

3. You can collect benefits even if you never worked

We just learned that Social Security benefits are calculated based on earnings. But even if you never worked and therefore don't have an earnings record, you're not necessarily out of luck. If you're married (or were married) to someone who's entitled to Social Security, you can collect spousal benefits equal to 50% of your husband or wife's benefits at full retirement age.

Even if you did work, you can receive spousal benefits if your earnings were substantially lower than those of your spouse. Social Security will pay you the greater of your own monthly benefit or 50% of your spouse's benefit. This means that if you're entitled to $800 a month in benefits but your spouse is entitled to $2,000 a month, your $800 will automatically get bumped up to $1,000, or half of what your spouse collects. Furthermore, if you're divorced, but your marriage lasted 10 years or longer and you're currently unmarried, you'll still be able to collect 50% of your ex-spouse's benefits.

The more you read up on Social Security, the better positioned you'll be to maximize those benefits in retirement. And that's something your senior self will thank you for.