Moving to a new country isn't as simple as packing your bags and buying a plane ticket -- but that doesn't mean it isn't worth it.

When you retire, you may choose to downsize to a smaller home to save money. Or perhaps you'll want to move closer to your children or grandchildren. Some people, though, are ready to take on an entirely new adventure by retiring abroad.

Roughly 21% of Americans say they'd like to retire abroad, according to a recent survey from Provision Living. The most popular retirement destination among those with wanderlust? Italy! Imagine spending your golden years walking the streets of a historic Italian city, visiting coffee shops, museums, and famous landmarks. 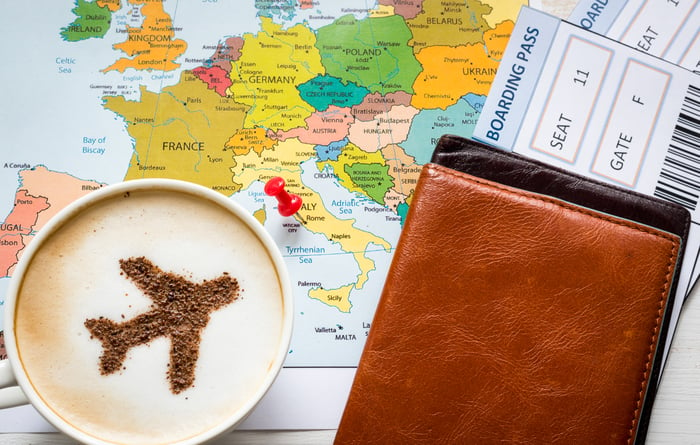 Retiring in a new country is a thrilling opportunity, but it's not right for everyone. There are plenty of important things to consider when deciding if a retirement abroad is right for you. How long will your retirement savings last in your preferred destination? Will your healthcare needs be met at a reasonable price? Do you need to learn a new language? Will sacrificing regular visits with nearby friends and family make you lonely or homesick?

Moving to a new city or state can be exhausting enough; picking up anew in a foreign country will probably be one of the biggest challenges you've ever faced. If you're not up for some hard work to get settled, the struggles may outweigh the rewards.

Can you claim Social Security benefits if you retire abroad?

You'll also need to consider how Social Security plays into the equation. In general, as long as you're eligible to receive benefits -- meaning you've contributed to the Social Security system through taxes for a minimum of 40 quarters (or 10 years) over your lifetime -- you can still receive those benefits you're entitled to even if you retire outside the U.S. Also, if you worked part of your career in another country and contributed to a program similar to Social Security in that country, you're still eligible to receive benefits as long as it's one of the 26 countries that the U.S. has entered into totalization agreements with.

Where it gets dicey is if you spend a good chunk of your career working in a country that's not part of a totalization agreement -- in that case, if you don't work enough quarters in either country to be eligible for benefits, you won't receive benefits at all.

Keep in mind that this primarily applies to expats who have spent much of their career traveling. But even if you've never worked outside the U.S., it's still a good idea to double check that you are eligible to collect Social Security if you retire abroad -- especially if you will be depending on your benefits to make ends meet during retirement.

Is retiring overseas right for you?

Ready to pack your bags and buy a plane ticket? For the jet-setting type, retiring abroad can even save money and make your final act in life more fulfilling. The key is doing your research to make sure retiring abroad is right for you -- and if so, choosing the perfect destination.

Leaving behind loved ones paired with language barriers and cultural differences could lead to feelings of social isolation in your new home. There are also a plethora of other administrative things to consider like opening new bank accounts, getting a driver's license, sorting out taxes, and obtaining a residency visa or work permit (if you want to pick up a part-time job during retirement).

Don't forget to consider moving costs. Would you bring all your furniture and vehicles to your new country or would you prefer to sell and donate the items in your estate in favor of buying new belongings once you move? Either way, you could end up spending thousands of dollars to move or to replace items once you reach your destination.

If these tasks don't deter you, dream away! Experiencing a new culture, making new friends, learning a new language and traveling part of the world you've never seen can make retiring abroad the journey of a lifetime. If you do your research and relocate to a desirable place, you may even live a richer and healthier lifestyle than you could have enjoyed in the U.S.

Once your heart is set on retiring abroad, the real work begins. Finding a home in a foreign country while making sure you can afford your desired quality of life there isn't simple.

Though Italy is the most popular retirement destination among Provision Living's survey respondents, it's an expensive place to live. The average 900-square-foot apartment in an affordable Italian city costs more than $1,000 per month, according to expatriate resource Expatistan. For a similar-sized apartment in a more expensive area, you could pay more than $1,500 per month.

There are plenty of places far more affordable than the U.S. or Italy-some of which you may have never considered. Many countries in Asia and South and Central America have a lower cost of living and less expensive healthcare -- which could save you upwards of hundreds of thousands of dollars during retirement.

In the U.S., the average retiree spends around $4,300 per year on out-of-pocket healthcare expenses, according to the Center for Retirement Research. But in Mexico, once you become a legal citizen, you can join the country's public healthcare system. The exact cost will depend on your age and income, but at the high end of the scale, you could be paying just $300 to $400 per year for coverage.

Besides healthcare and general living costs, there's more to consider when determining your retirement destination. Check out crime statistics to make sure the area is safe, and be sure to visit the city for a few weeks before making the move, to ensure you feel comfortable there. Spending time in the country prior to relocating can also help you avoid any culture shock and help inform your spending plan for retirement.

When looking at your target country, research different cities and towns, both urban and rural. If you're looking to relax and live a quieter lifestyle, moving to a busy city with lots of hustle and bustle may not be the best decision, but perhaps the countryside would offer what you're looking for. If dining out at local restaurants is something you look forward to in retirement, moving to a remote city without many dining options could dampen your happiness.

Retirement is a joyous and exciting time in anyone's life, and it's a good opportunity to make a change and try something new. Although it's not right for everyone, retiring abroad could be an excellent adventure -- just make sure you've done your research so that your dream retirement doesn't turn into a nightmare abroad.