As a parent, you want only the best for your children -- even once they're grown and perhaps have children of their own. And if you're like most Americans, that means supporting them financially, even when you have your own money-related concerns to grapple with.

We're talking about retirement, and the fact of the matter is that 79% of parents risk falling short during their golden years because they give too generously to their grown kids instead. In a recent study by Merrill Lynch and Age Wave, parents spend $500 billion annually to help their adult children out. That figure, however, doesn't even include major outlays, like paying for a grown kid's wedding (which 60% of parents do) or helping to provide an adult child's first home down payment (which 25% of parents do). 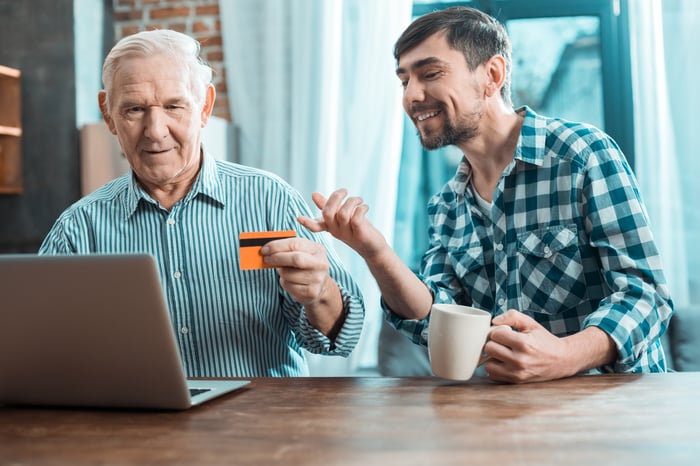 All told, parents are spending twice as much on their children as they are on their own retirement savings. What's even scarier, however, is that 25% of parents say they're willing to take on debt or take early withdrawals from their nest eggs to help their kids out as needed. Either way, parents are taking the notion of generosity to an unhealthy extreme. And if they don't change their ways, their retirements are likely to suffer for it.

If you have adult children, it's natural to want to support them however you can, and sometimes, that does mean offering the occasional handout to get them through a rough patch. But if you're supporting your grown kids to the point that your retirement savings have taken an official back seat, that's something you're apt to regret down the line.

Imagine you're behind on retirement savings, only instead of contributing an extra $400 a month to your IRA or 401(k), you give it to an adult child to help him or her pay the bills. Uphold that practice for 10 years, and you'll have essentially denied yourself $48,000 in retirement savings.

But wait -- that $48,000 doesn't account for potential growth on your money. Let's imagine your retirement portfolio delivers an average annual 7% return. In that case, by giving away that $400 a month, you're effectively losing out on $66,000. And if your savings aren't in great shape, that's not a sum you can afford to forgo.

Remember, the great thing about being relatively young, which, presumably, your grown kids are, is that they have their whole lives ahead of them to earn money and do better financially. If you're in, say, your mid-50s, however, you probably only have a decade and change left before you're ready to leave the workforce, which means you should really be buckling down and focusing on your own needs.

Another thing: If supporting your adult kids creates a major income shortfall for you in retirement, you're only going to end up being a burden to them when you and they are older. And that's not ideal, either.

The solution? Treat your grown kids to the occasional dinner, and slip a little money into your grandkids' college funds here and there if it helps put your own children at ease. But don't help pay your kids' living expenses if you need that money to boost your long-term savings. Taking your own needs into account doesn't make you a bad parent; it just makes you a responsible adult who doesn't want to take chances with his or her golden years.