Though 65 is when Medicare kicks in, it's not full retirement age for Social Security purposes. And not knowing that difference could hurt you in the long run.

Social Security keeps millions of seniors afloat, with the average beneficiary today collecting $17,532 a year. If you're turning 65 in the near future, you might be tempted to file for benefits and start getting your hands on some of that money. But know that if you go that route, you could wind up regretting it later on.

Many seniors are quick to assume that 65 is the right time to file for Social Security because that's when Medicare eligibility kicks in. But while the two programs are interrelated, they work very differently. 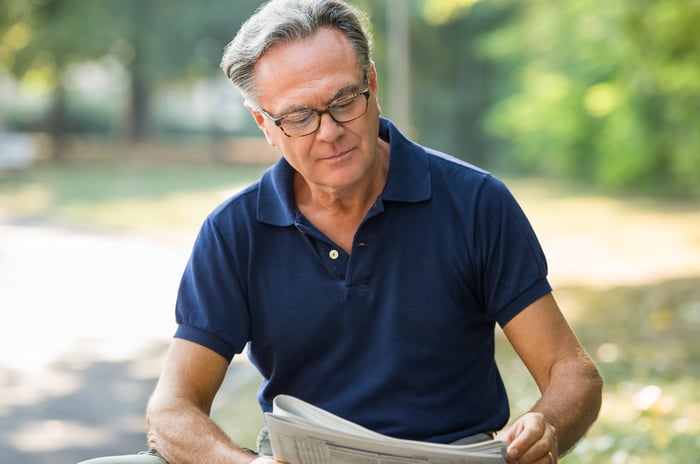 Seniors who accrue enough work credits during their careers are entitled to Social Security, and benefits can be claimed at any point between age 62 and age 70. (Technically, you can file after age 70, but there's no financial reason to wait past that point.) Those benefits, meanwhile, are calculated based on workers' 35 highest years of earnings on record. But it's only once you reach full retirement age, or FRA, that you're eligible for the full monthly benefit your work history entitles you to.

Full retirement age is determined based on the year you were born, as follows:

If you file for benefits at age 65, it means you're automatically claiming them ahead of FRA, and as such, you'll face a reduction for each month you file early. How much of a hit might you be looking at? Let's imagine you're entitled to $1,461 a month at FRA, which is what the average recipient gets today. If your FRA is 67 but you file at 65, you'll reduce your payments by 13.34%, taking your monthly income from Social Security down to $1,266.

Now there is the option to undo your benefit application after you start receiving that money. But unless you do so within a year of filing for benefits, and repay all of the money you collected in Social Security during that time, by claiming at 65, you'll lock in that lower benefit amount for life. And that could hurt you if your savings aren't substantial.

The Social Security Administration estimates that one in four 65-year-olds today will live past the age of 90, while one in 10 will live past 95. Now let's imagine that you retire at 65 and live 30 years past that point. If you enter retirement with $200,000 in savings, and withdraw about 4% of your nest egg's value annually (which many financial experts recommend), you'll have about $8,000 of income to work with. Not a whole lot. In that sort of scenario, you're apt to rely on Social Security to help pay the bills, which means lowering your income substantially by filing for benefits early isn't the smart way to go.

A better bet? Hold off on claiming Social Security until FRA or later unless there's a compelling reason to take benefits sooner. If you lose your job at 65, for example, and don't have a means of paying the bills without those benefits, then you're better off filing for them than racking up dangerous credit card debt later in life. But don't rush to claim Social Security at 65 because you've got Medicare on the brain, or because you think you're not allowed to sign up for Medicare without doing the same for Social Security. Many seniors enroll in Medicare and enjoy a year or two of health coverage before Social Security kicks in, so if you want those benefits to come in as high as possible, you're best off doing the same.