Please ensure Javascript is enabled for purposes of website accessibility
Log In Help Join The Motley Fool
Free Article Join Over 1 Million Premium Members And Get More In-Depth Stock Guidance and Research
By Maurie Backman – Feb 10, 2019 at 7:47AM

Don't make these mistakes -- you'll be sorry for it later.

Though retirement is a milestone many of us look forward to, a large number of seniors wind up on shaky ground financially once their golden years actually kick off. Much of that, however, boils down to poor planning. If you want to enjoy your golden years to the fullest, steer clear of the following traps that could otherwise create a world of financial stress.

1. Not estimating your expenses accurately

Many folks assume that once they enter retirement, their expenses will magically drop in a very big way. But chances are, the bulk of your living costs will stay the same, or even go up, once you stop working. 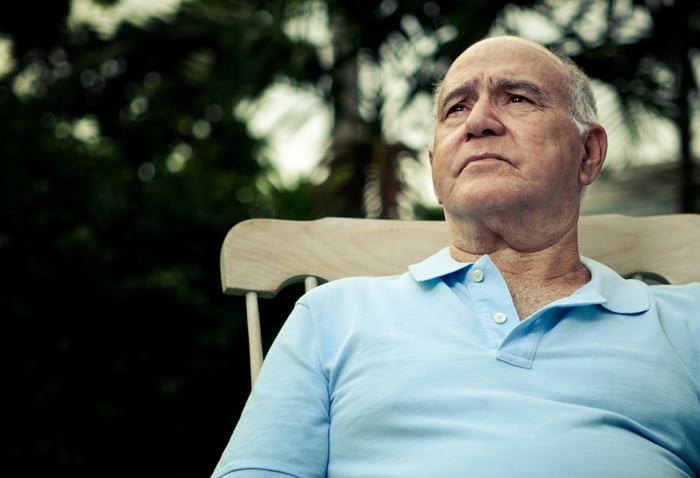 The reason? Working is a fairly inexpensive way to spend your days. But when you have no place to be day in and day out, you're apt to spend more money in an effort to keep yourself occupied. Also, don't forget that as we age, health issues tend to creep up, thereby making medical care more expensive. Throw in the fact that seniors still need housing, transportation, clothing, food, and other such basics the same way working folks do, and it's actually kind of crazy to assume that your monthly bills will somehow get cut in half.

A more reasonable approach, therefore, is to assume that you'll need about 80% of your pre-retirement earnings to live comfortably once you stop working. Hit that goal, and you'll be less likely to encounter financial stress when you're older.

2. Not understanding how much income your savings will give you

Many people are lucky enough to retire with a sizable chunk of savings. But the number you see when you look at your balance might not actually translate into as much income as you think it would.

Imagine you're looking at retiring with $500,000. That's a lot of money in theory, but Americans are living longer these days, so it's not inconceivable that you might need your savings to last for 30 years. If that's the case, you'd be wise to follow the 4% rule, which states that if you begin by withdrawing 4% of your nest egg's value your first year of retirement and then adjust subsequent withdrawals for inflation, your savings should last for 30 years. But 4% of $500,000 is only $20,000 a year in income -- not a whole lot.

Another thing to keep in mind is that, unless you're housing your retirement savings in a Roth IRA or 401(k), you're going to lose a portion of your withdrawals to taxes. The $20,000 just referenced? It could end up being more like $15,000 once the IRS collects its share. Before you retire, understand how much income your savings will actually give you, and make sure it's enough to keep up with your estimated expenses.

3. Not being smart about Social Security

Many seniors rely on Social Security to pay the bills in retirement, and chances are, you'll one day do the same. But if you file for benefits too early, you'll reduce what could end up being a pretty substantial income stream during your golden years.

Your Social Security benefits themselves are calculated based on how much you earn during your highest-paid 35 years of work. The age at which you file for those benefits, however, could cause them to go up, go down, or stay the same.

There's no such thing as a right or wrong age at which to claim Social Security. What you must do, however, is consider your own needs when determining when to take benefits. If you're entering retirement with less savings than you'd like, you'd probably be wise to file for Social Security at full retirement age or beyond to avoid a reduction in benefits.

The more planning you do for retirement, the lower your chances of struggling during your golden years. If you're iffy about going it alone, enlist the help of a financial advisor to guide you along. It's a far better bet than winging it, making poor decisions, and regretting them at a time when you're already financially vulnerable.