Many workers dream of retiring early and getting to enjoy that independence ahead of their peers. And new data from savings tool Acorns tells us that U.S. adults age 18 to 44 are particularly zealous in this regard.

Almost 50% of younger Americans think they'll be financially ready to retire between the ages of 45 and 65, according to the Acorns survey. That's mostly well before full retirement age for Social Security purposes, and it's also an age range that largely excludes the option for penalty-free retirement plan withdrawals (those don't kick in until 59 1/2).

So how will younger workers pull off this feat? In theory, by saving aggressively. But additional data from Acorns tells us that 49% of those surveyed only save up to $100 in an average month. In fact, just 14% of respondents said they save over $400 on a monthly basis. 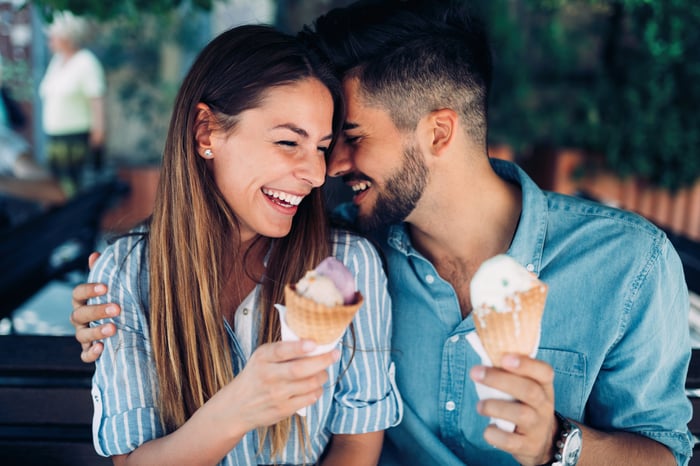 If you're hoping to leave the workforce on the early side, you'll need to do a solid job of socking away funds and investing that money wisely. Otherwise, your dreams of early retirement might come crashing down before you can so much as utter the word "freedom."

Is a super-early retirement really feasible?

Let's be clear: It's possible to save enough to retire early if you put your mind to it. But in this case, "enough" actually means "a lot."

The average senior today spends $46,000 a year. For today's younger workers, we can reasonably adjust that number for inflation and bump it up to $56,000 (a lowball estimate for folks on the truly younger side).

Today's younger workers will have Social Security income to look forward to, despite the rumors that abound regarding the program's impending demise. But the earliest age that income can kick in is 62, which is outside the retirement range that the aforementioned workers are targeting.

So let's assume that your goal is to retire at 52, leaving you with a solid 10-year period until you're eligible to file for Social Security benefits. Let's also assume you'll need to spend $56,000 a year to cover the bills during that time. That means you'll need $560,000 in savings, at a minimum, to kick off your golden years before possibly falling back on Social Security for the rest of your days. (Keep in mind that Social Security isn't designed to sustain retirees by itself -- so that $560,000 is, once again, a lowball estimate.)

How might you get to that starting point of $560,000? Let's imagine you're 22, and therefore have 30 years to save. In a tax-advantaged retirement plan, like an IRA or 401(k), you could accumulate just over $560,000 by socking away $500 a month, investing heavily in stocks, and scoring an average annual 7% return on your investments, which is just below the stock market's average.

But if you save that money in a traditional brokerage account for unrestricted access -- meaning, the ability to withdraw your money without penalty prior to age 59 1/2 -- then you'll actually need to sock away more like $700 per month to hit that goal, since you'll be paying taxes on your investment gains during that time. (Note that $700 isn't a perfect figure, since there are various factors, like your tax rate on investments, that would come into play here. Rather, it's more of an educated estimate.)

If you think that's doable, then by all means, go for it. But seeing as how only 14% of younger Americans are consistently saving over $400 a month, it's probably not easily attainable for most.

A better bet, therefore, might be to aim to retire at 59 1/2. That way, you get access to whatever money you can sock away in a tax-advantaged retirement plan, and you only have to tide yourself over without Social Security for two and a half years (keeping in mind that if you file for benefits at 62, you'll generally reduce them for life in the process). You'll still need to save a bundle, but perhaps less so than you would in a non-tax-advantaged account.

Either way, if you're willing to live well below your means and bank the difference for many decades, retiring extra early is certainly possible. Most younger Americans, however, will need to adjust their current saving habits if they want a shot at that goal.