Please ensure Javascript is enabled for purposes of website accessibility
Log In Help Join The Motley Fool
Free Article Join Over 1 Million Premium Members And Get More In-Depth Stock Guidance and Research
By Maurie Backman – Mar 15, 2019 at 8:48AM

The tax-filing process can be stressful, especially if you don't know what you're doing. Throw in the fact that the tax code underwent a major overhaul last year and you might find that you're really struggling to complete your return accurately.

If that's the scenario you're facing, it may be wise to hire a tax preparer to tackle that return for you. The benefit of doing so is that you're less likely to make mistakes that increase your audit risk or miss out on key tax breaks that could put money back in your pocket. The downside of hiring a tax professional, however, is the cost involved. 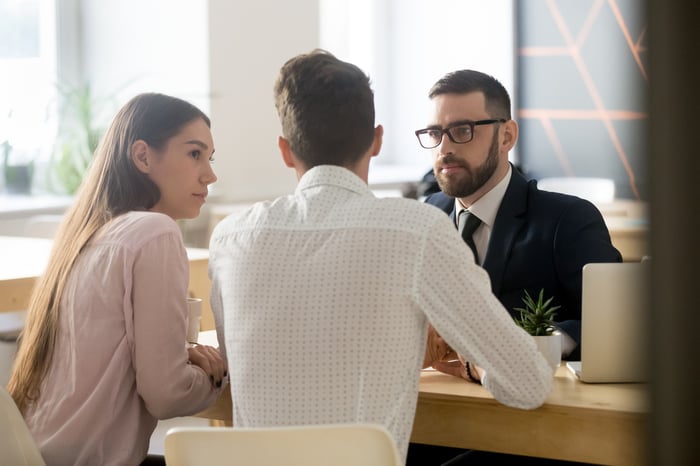 According to the National Society of Accountants' 2016-2017 fee survey, the average cost to prepare a simple Form 1040 was $176. Meanwhile, the cost for a 1040 plus Schedule A (for itemized deductions) was $273. If your taxes are complicated, however, your bill might amount to much more.

As such, you may be wondering whether you can recoup some of that money by deducting your tax-prep fees on your 2018 return. And the answer is: It depends.

Who gets a break on tax-prep fees?

Before you get too worked up about that, though, consider this: Unless your tax-prep fees are astronomical, there's a good chance you wouldn't have gotten to claim them under the old rules, anyway. The old tax code featured a deduction for miscellaneous expenses that included things such as unreimbursed business expenses, investment fees, and tax-prep fees. These fees were only deductible if they exceeded 2% of your adjusted gross income (AGI).

Therefore, don't get too upset about the fact that a deduction no longer exists for tax-prep fees (or tax-prep software, for that matter). Chances are, you would've had a hard time snagging it.

That said, don't let that absent deduction deter you from hiring a professional if you need the help. A few hundred dollars in fees might save you well more than that if your tax preparer identifies deductions or credits you otherwise wouldn't have known about. And that's reason enough to consider enlisting some outside assistance -- especially if you're pretty clueless about filing taxes and don't want to risk making a mistake.