Taxes are far from fun. But for many folks, they're an actual cause of anxiety.

Most people don't enjoy doing their taxes, but there's a difference between not having fun during the filing process and getting downright stressed out because of it. Unfortunately, a large number of Americans are anxious about their taxes this year, and according to data compiled by Credit Sesame, part of the reason boils down to not understanding the new rules.

This fear is especially prevalent among younger Americans, with 48% of Gen Zers, 42% of millennials, and 35% of Gen Xers saying they're baffled by last year's tax changes and unsure how to navigate them. If you're filing taxes this year, here are a few key changes you might need to know about. 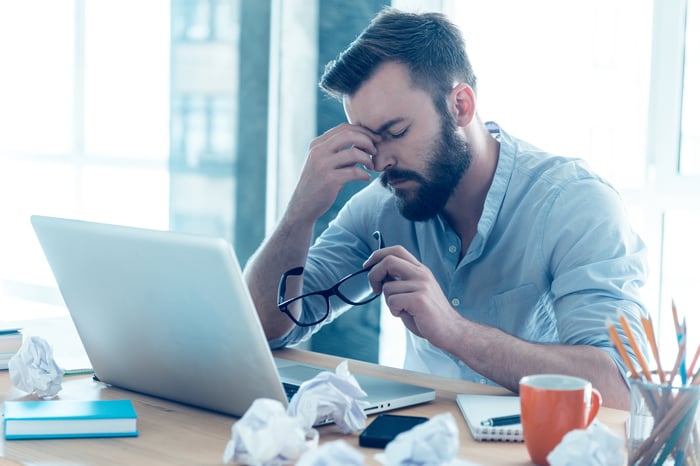 1. You can still itemize -- but it might not make sense

As a tax filer, you have two options for claiming deductions on your return: You can take the standard deduction, or itemize your deductions if they total a higher amount than the standard. You may have heard rumors that as a result of the tax overhaul, you can no longer itemize, but that's not true. You absolutely have the option to itemize if it makes sense financially, but since the standard deduction virtually doubled going into 2018, you might be better off claiming the standard amount.

For the 2018 tax year (the year for which you're filing taxes this year), the standard deduction is $12,000 for single filers and $24,000 for married couples filing jointly. If your itemized deductions don't exceed these figures, then going with the standard is your best bet.

2. You can still deduct mortgage interest

You may have heard that the mortgage interest deduction disappeared in the tax overhaul, but that is also false. It used to be that you could deduct interest on a home loan of up to $1 million, but that threshold has since been lowered to $750,000. However, if you signed your mortgage prior to Dec. 15, 2017, you're grandfathered into the old limit. That said, if you don't end up itemizing on your taxes, the amount of mortgage interest you're eligible to deduct won't matter anyway.

3. You can still deduct state income and property taxes

For years, the SALT (state and local tax) deduction was one of the most lucrative for taxpayers, especially those in high-tax states. But effective in 2018, the SALT deduction, which was previously unlimited, is capped at $10,000. This means that if you pay $9,000 in state income taxes and $8,000 in property taxes, the most you can deduct is $10,000 between the two. This might hurt you if you're itemizing on your taxes and previously got a lot of money back from the SALT deduction; but if you're taking the standard deduction this year and always have, you won't get hurt by this change.

4. Several key tax deductions are off the table

While there are plenty of valuable deductions and credits available for the 2018 tax year, several key deductions met their demise at the end of 2017. One that you may have used is the miscellaneous deduction, which allowed taxpayers to write off certain expenses that exceeded 2% of their adjusted gross income. These included unreimbursed business expenses, tax prep fees, and investment fees.

If you moved last year for work-related purposes, you're also out of luck. The moving-expense deduction went away in 2018, as did the deduction for casualty and theft losses (though there's an exception for losses associated with a federally declared disaster, such as a hurricane).

If you're stressed about the new tax changes and aren't sure how they might impact your return, your best bet might be to hire a tax preparer rather than go it alone. This especially holds true if your taxes are complicated, or if you're not sure which deductions or credits you're eligible for.

Another way to reduce your tax-related stress? Get moving on your return. The sooner you start tackling it, the sooner you might start to get some of your most pressing questions answered.