Being middle-class in America often means getting stuck in a financial rut. You're not earning enough to really get ahead, but you're not entitled to some of the benefits lower earners are privy to. But here's some good news: If you're in a middle-income household, there are a number of valuable tax credits you might manage to snag.

As a quick refresher, a tax credit is a dollar-for-dollar reduction of your tax liability. Tax deductions, by contrast, exempt a portion of your income from taxes, but they don't directly lower your tax burden the way credits do. With that clear, here are three tax credits you might benefit from this year. 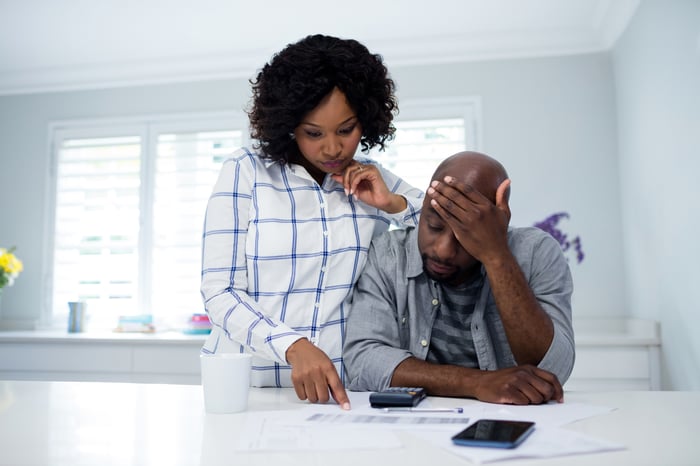 Another good thing about the Child Tax Credit is that up to $1,400 of it per child is refundable. This means that if you owe no tax, the IRS will pay that sum back to you.

If you're a middle earner without children, you may not qualify for the Earned Income Tax Credit, or EITC. But if you have children, you might be eligible for up to $6,431 back from the IRS. Here's what the EITC income limits look like for the 2018 tax year:

Therefore, if you're married filing jointly and have a $52,000 income, but also have at least three children, you may be entitled to a nice chunk of cash once you file your taxes. Here's what the EITC might pay you, depending on the number of qualifying children you can claim:

Furthermore, the EITC is fully refundable, which means the IRS will pay you back as much as you're owed under it.

3. The Child and Dependent Care Credit

One thing so many middle-class households struggle with is child care costs. Thankfully, you might get a bit of relief in the form of the Child and Dependent Care Credit, which you're allowed to claim if you pay for child care in order to work or even look for work.

Now, there are a few things you should know about the Child and Dependent Care Credit. First, it applies to children under the age of 12 who you also claim as a dependent on your tax return. Secondly, you must have paid someone other than your spouse, ex-spouse, or child to watch the child for whom you're claiming the credit. In other words, if you're married and your spouse stays home and watches your kids, you can't "pay" your spouse and then ask the IRS for some of that money back.

It's not easy being middle-class, but if that's the boat you're in, be sure to pursue whatever tax breaks you're entitled to. The more savings you're able to eke out, the better.