Any retirement should begin in a place where you know your retirement funds can last. If your mortgage or rent drains one-third or more of your income, it's damaging your finances and your life in retirement. Overall cost-of-living expenses matter, too and so does careful planning and budgeting.

Readers tend to clamor over magazines and annual lists that award the most affordable places for retirees. But so many focus on affordable states for their low taxes and high affordability and smaller towns for their affordability and quality of life. But many retirees flock to large cities for the culture and wealth of activities available, and for a chance at a new urban adventure. 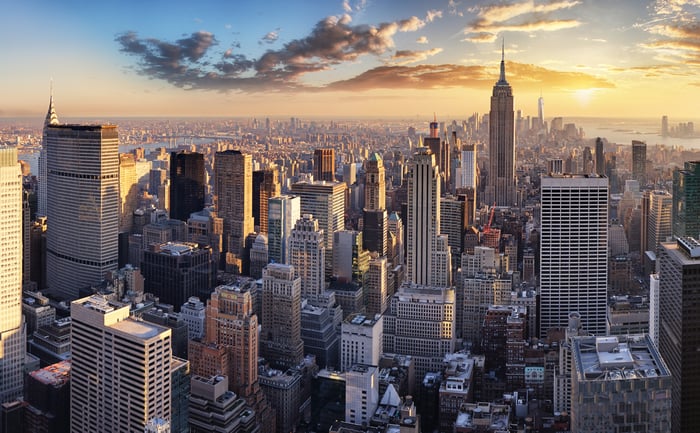 Why $1 million? Of all retirement nest egg figures, it's the most popular. It's also very achievable, despite it's enormity. Socking away $505 away each month when you're 30 and sticking to it will allow you to retire a millionaire at 65.

If you can manage to save a cool million for retirement, here are the three U.S. cities where it will carry you the furthest. These are also places you may want to consider relocating to if your nest egg is lacking.

Top U.S. cities to stretch your retirement funds the longest

A retirement fund of $1 million goes the furthest in Houston. You can live for nearly 26 years on a million dollar nest egg.

The cost of living in Houston is low to moderate. Grocery expenses, in fact, are the lowest among the top 50 cities, at $2,859 annually. That's just over $238 a month. It also offers a wealth of cultural opportunities. Houston is home to 19 museums, plus world-class ballet and opera, and professional sports. And what other city offers you an opportunity to chat with astronauts at Space Center Houston?

Your $1 million will last more than 24.58 years in Oklahoma City, where average housing costs are just 70% of the U.S. average. Other costs are relatively low here too, including transportation, groceries, healthcare, and utilities.

Oklahoma City has a burgeoning arts scene, with museums – including one dedicated to the banjo and one to the cowboy -- ballet, and a symphony orchestra.

Austin comes in third, but it runs neck-and-neck with Oklahoma City. A million will last a retiree 24.53 years here.

Expenses for housing in Austin are 61% higher than the national average, at $25,002. But it's comparatively inexpensive in other areas, for a large city. The yearly cost of living is only $40,769, which works out to $3,397 per month. Austin is known for a lively music scene and access to all the cultural activities at the flagship University of Texas.

Cities where your funds will drain the fastest

Even $1 million can vanish, and it drains the fastest for retirees living in these three cities.

New York City is the most expensive U.S. city for retirees (and everyone else). One million dollars lasts only 17.48 years for a retiree living in the Big Apple. A New York City resident needs nearly $100,000 in income every year to live comfortably. Housing is terribly expensive, and so are groceries, transportation, and utilities.

Massachusetts' largest city runs nearly neck and neck with New York, with $1 million lasting only 17.94 years. Utilities cost a bundle in Boston, and so do groceries, transportation, and housing.

The San Francisco Bay is known for the number of people who have made millions from technology. They may have it good, but $1 million will last just 17.97 years in San Francisco.

Housing costs are roughly $93,800 per year on average ($7,817 per month), the second highest behind New York. Other expenses are more reasonable, like utilities -- but not enough to counterbalance astronomical real estate costs.

Think carefully about where to retire

All three of these cities are world renowned for their cultural offerings, but they're also places where savings don't have much staying power. Remember that all these estimates are averages, and that individual situations can vary enormously. When you're planning for retirement, factor in estimated costs of living, along with your savings and plans, to find the right place for you.