Many Americans overspent during the winter months. The question is: Will they uphold that pattern going into the summer?

You wouldn't necessarily think to equate an extended bout of cold weather with added spending, but apparently, this past winter managed to wreak havoc on Americans' budgets. A good 34% of U.S. adults spent $1,000 or more on non-essentials between December 2018 and February 2019, according to a recent poll by MassMutual.

Not surprisingly, much of that money was spent online. The top purchases made in that regard were takeout meals, clothing, and streaming services.

Now, the good news is that 56% of Americans say they plan to lower their spending in the upcoming months to compensate for going overboard during the winter. At the same time, however, 62% of Americans admit that they typically spend more money during the warmer-weather months. If you expect to keep spending freely this summer, then you'll need to do these two important things. 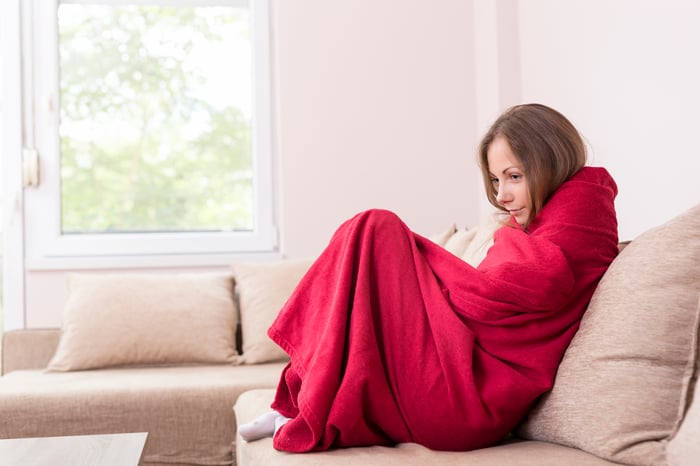 If you spent more than expected this past winter, it may be time to re-examine your budget so you don't make the same mistake in the future. Specifically, you should look at the things you overspent on and consider allocating more money to those categories, all the while cutting back in other areas so that you're effectively breaking even.

For example, let's say you spent $200 a month on takeout food these past few months but only budgeted $100 for it. Granted, that extra spending might've boiled down to not wanting to grocery shop in the cold. But if you think there's a good chance you'll continue spending $200 a month on prepared food (perhaps this time in restaurant form since you'll be feeling more social when the weather is nice), then you'll need to save that $100 elsewhere.

Take an honest look at your budget and see if the uptick you experienced in spending is likely to continue. If it is, then you'll need to compensate in other spending categories.

Maybe you signed up for a streaming service in February and now feel you can't live without it. At the same time, the idea of cutting back in other spending categories might seem unappealing or impossible. If that's the case, then you'll need extra money to make up for a long-term uptick in spending, and that's where a second job can come in handy.

There are numerous options you can pursue when it comes to landing a side hustle. First, the obvious: As long as your employer doesn't prohibit it, you can try doing the work you normally do for private clients on evenings and weekends. For example, if you're employed as a graphic designer, you can do that work on your own time for outside clients and get paid for it.

Otherwise, find something you enjoy doing with money-making potential. If you like writing, sign up to blog for different businesses that want a steady stream of content. If you're musically inclined, play at weddings or parties for additional cash. You might even revert to your teenage years and get a job babysitting. It doesn't really matter what you do for extra money as long as you earn enough to support your spending habits.

It's easy to get caught up in a spending spree when you're cold, cooped up inside, and bored. If you're convinced that your wintertime uptick in spending was really a temporary thing, then you might just chalk it up to a passing splurge period and leave things at that. But if you're not convinced that you'll manage to lower your spending now that winter has passed, revisit your budget and work on boosting your income.