It comes from a place of generosity. But it's problematic nonetheless.

As parents, we're wired to want to do what's best for our kids, and it's not unusual for parents to make sacrifices in an effort to give their children a better life. But some parents might be taking that notion to an unhealthy extreme.

An estimated 31% of parents with children currently in college or recently graduated say they'll likely have to postpone retirement due to helping pay for their kids' education, according to a survey by Discover Student Loans. Not only do 31% of parents have less money in retirement savings because they helped their kids pay for college, but 25% say that they may have to give up vacations, entertainment, or other luxuries they were hoping to enjoy in the future. 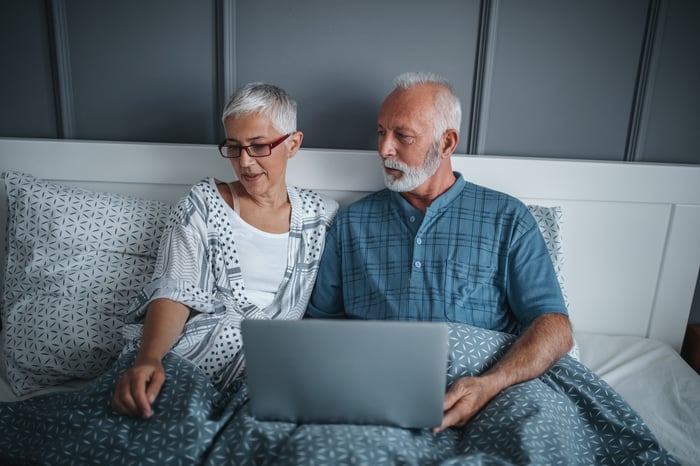 If you're aiming to help put your children through college, it's imperative that you do so in a manner that doesn't impede your retirement goals. Otherwise, you might end up regretting your decision later on.

Your retirement needs to come first

If you have college-aged children, you may be inclined to help them pay for their studies and focus on retirement after the fact. In reality, it should be the other way around. If you spend money on college that should really be earmarked for retirement, you'll risk coming up short later in life. Or, you'll risk having to postpone retirement at a time when you'd rather not work.

Even if you're willing to extend your career and work longer in order to help your children pay for college, you may not get that option. An estimated 60% of seniors are forced to retire earlier than planned, reports Voya Financial, and the reasons run the gamut from health issues to layoffs. Therefore, while 31% of parents might plan to retire later to make up for the fact that they spent what would've been part of their savings on college, they won't necessarily get that option.

You can't borrow money for retirement

Though student loans can be burdensome, they exist for a reason. And while you may not want your kids to have to graduate from college in debt, if you need your money to fund your nest egg, that's the road they might have to take.

That said, while there is such a thing as college loans, the concept of retirement loans has yet to come into play. And while you can technically borrow money as a senior, doing so affordably is another story. Therefore, rather than spend money you need for your nest egg on your kids' college, encourage your children to pursue their degrees in the most cost-effective fashion possible, and keep your money for yourself. It could end up making a huge difference.

Case in point: Let's say you gave your kids $30,000 to help cover the cost of college. Had you not been so generous with that money, you could've instead stuck it in your 401(k) over the course of two years. Now, you might be thinking: "Oh well, so I'll retire with $30,000 less." But in doing so, you're forgetting that money in your 401(k) can be invested for further growth. And an extra $30,000 invested at an average annual 7% over 10 years would actually translate into $59,000 of lost retirement savings. That's a bigger deal.

It's noble to want to help your children pay for college and avoid student debt. Just don't make the mistake of compromising your retirement in an attempt to make that happen. While you might think you'll compensate for your actions by working longer, life might have a different plan in store for you. And if that's the case, you'll risk struggling financially as a senior and burdening the children whose education you pushed yourself to fund in the first place.