Chances are, Social Security will wind up playing a huge role in your retirement finances. Such is the case for many seniors, which is why recipients are advised to act strategically and file at the right time.

Though your Social Security benefits are determined based on your top 35 years of earnings, the age at which you file for them could cause that number to go up, go down, or stay the same. If you claim Social Security at full retirement age, or FRA, you'll get the exact monthly benefit your earnings record renders you eligible for. Here's what FRA looks like:

That said, you certainly don't have to file for Social Security at FRA. You can start collecting benefits as early as age 62 and reduce them in the process, or you can delay benefits past FRA and boost them by 8% a year up until age 70. 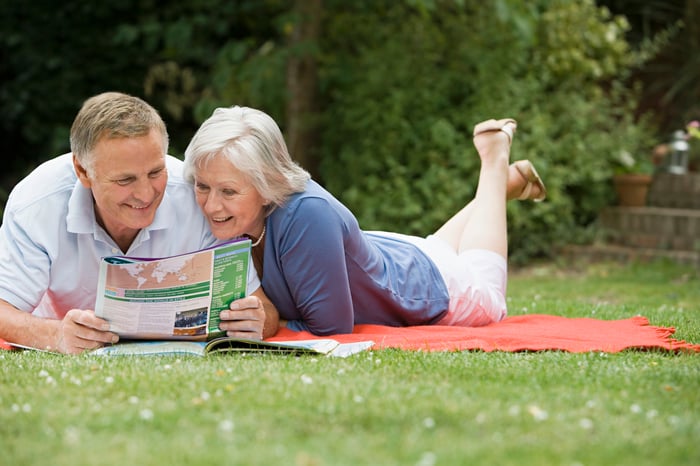 Many seniors rack their brains trying to land on the right age to file for Social Security, because they know how much it'll impact their benefits. But in theory, you actually shouldn't have to worry about when you file.

One lesser-known fact about Social Security is that the program is designed to pay you the same total lifetime benefit regardless of when you initially file. The logic is that filing ahead of FRA will reduce your benefits, but that reduction will be offset by the greater number of individual payments you collect in your lifetime. On the flipside, filing after FRA will raise your benefits, but you'll collect fewer individual payments to counteract that boost.

As such, it technically shouldn't matter when you file for Social Security. In reality, however, it does, and here's why: This breakeven formula only works when you live an average life expectancy. If you expect to pass away sooner than the typical senior, then it generally pays to claim Social Security as early as possible, because in doing so, you'll come away with a larger lifetime payment. And if you expect to outlive your peers, then it usually pays to do the opposite -- file for benefits as late as possible.

That's why your health must play a role in your decision to file for Social Security. If it's great, you might consider delaying benefits as long as possible. If it's poor, you might think about filing as soon as you're eligible. Or, you might land somewhere in the middle. The key, however, is to run different scenarios to see which ones allow you to come out ahead. Even though Social Security is designed to pay you the same total lifetime benefit regardless of the filing age you land on, many seniors ultimately find that the program doesn't actually work that way in practice.